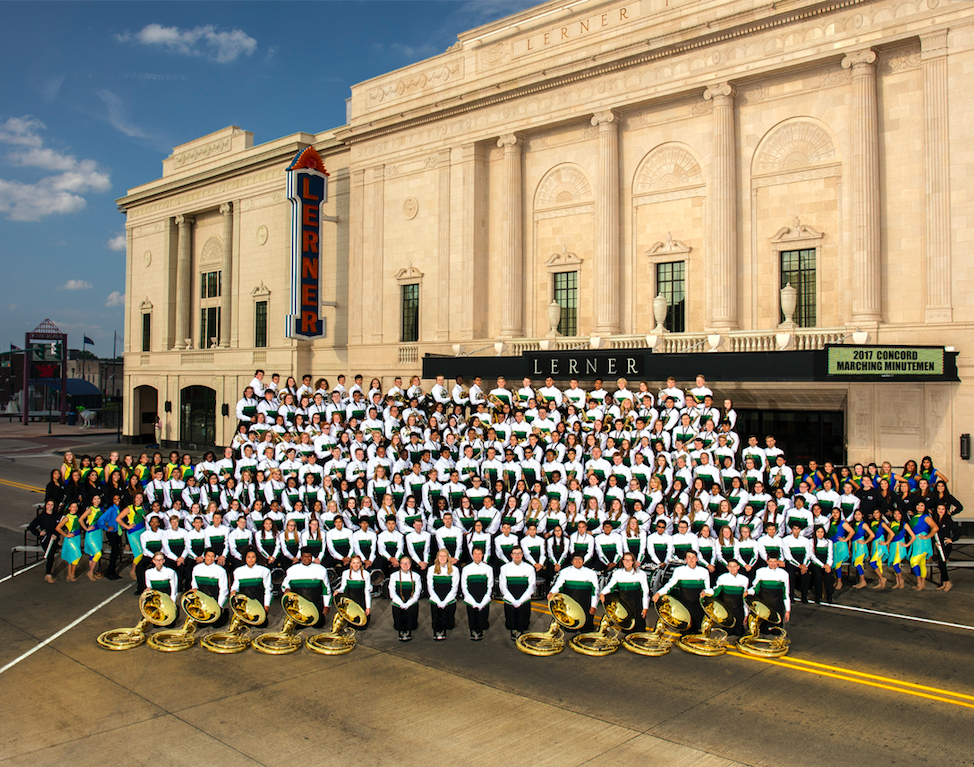 Few marching bands have had a book written about them, and few of those books have been as eloquent as the one written about Elkhart, Indiana’s Concord High School Marching Minutemen. Kristen Laine’s American Band: Music, Dreams, and Coming of Age followed the dramatic trajectory of the Minutemen as they defended their state title in 2004. And while that story took place nearly 15 years before, for today’s Concord’s Music Department and the community it serves, the history books will need to make room for many more chapters to come. 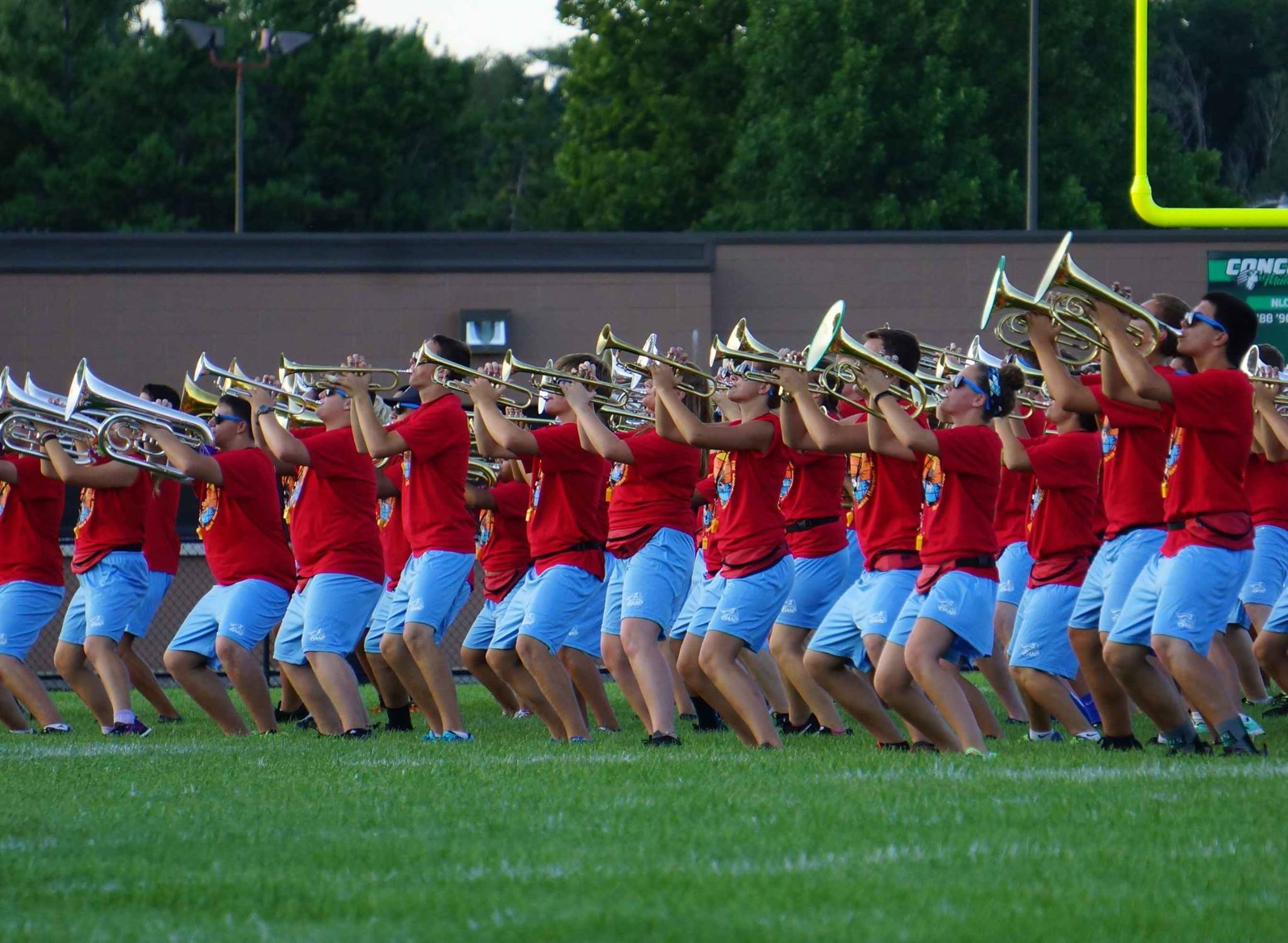 Concord’s legacy is particularly strong because it’s frequently reinforced by its alumni and staff. Band Leader Cameron Bradley (who played alto saxophone in the 2003 championship) is an alumnus, as is Band Director Jack Hinkle, who graduated from Concord in 2013. It’s acknowledged that the level of alumni talent, expertise, and community involvement is very high, as many students become music teachers in the area.

That also goes for Concord’s staff. Of those congratulated for the 2003 win, four – Scott Spradling, Bryan Golden, Steve Petersen, and Scott Preheim – remain in today’s winning lineup. Spradling, now Head Music Director, thinks Concord’s level of teaching consistency is hard for many other schools to achieve; after all, he said, “Since 1960, there have only been four directors of music (Spradling should know: he has been on staff since 1990). “Some schools go through closer to 40 directors in that period of time.

Finally, there’s the overwhelming community support, of which Bessie Huneryager stands as a prime example. Huneryager, spent years as a “band mom” and a “jazz mom” while her daughter attended Concord. Having joined the Music Department as its secretary in 2016, she now helps coordinate the efforts of the program and its supporters. Which takes a lot of work, seeing how invested the students are in the program. “This local Indiana high school has one of the largest marching bands competing at ISSMA (Indiana State School Music Association),” said Huneryager. “Over three-quarters of the student body has been in the music program at some point during high school (about 2,100 students total, 9-12K) and about 600 kids are currently involved.

A lot has changed since the Minutemen’s early successes. Most important, however was the band’s promotion from a Class B marching band to Class A status in 2017. For a school of its size, noted Huneryager, “The Minutemen are the largest marching band that competes at ISSMA.” Besides consistently placing in state marching band championships for more than three decades, other high points along the way have included marching at Walt Disney World in 2010, seven times in Macy’s Thanksgiving Parade in 2014, as well as in the Rose and Orange bowls.

“These things, all working together,” Spradling continued, “creates a curriculum that’s highly participated in. It’s amazing how many kids and parents come back each and every year,” he remarked, adding “The staff is so incredibly dedicated to improving the program all the time, working hard, and seeing things through.”

Of the three annual shows put on by the program, the Christmas Spectacular, which is Elkhart’s main holiday event, is the most elaborate. In recent year it comprises multicultural celebrations like Kwanzaa and Hanukkah. “This performance features every student in the music program from band, orchestra, choir and color guard (Concord’s Dance Program),” noted Spradling. “And anytime the entire music department is on stage, performing at the same time is an amazing sight. Over 500 kids performing at the same time!” 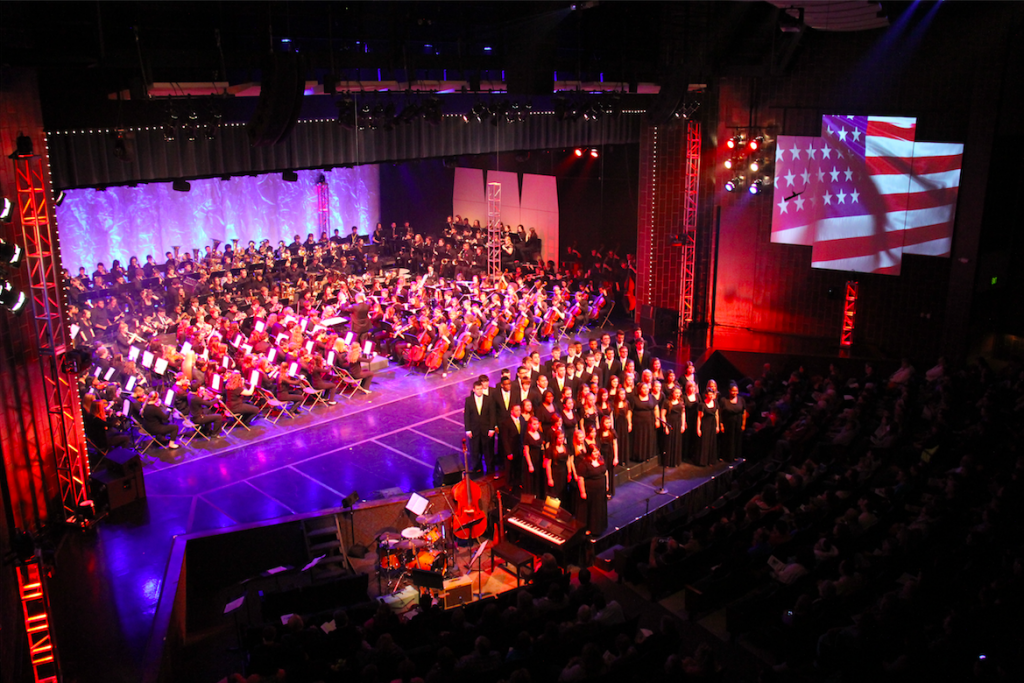 In March, the one-night Spring Carnival, a band-and-orchestra concert that features choir and dance elements; and a Pops Concert that follows in April.

While there is plenty of competition among students for the top spots, there is also a large amount of collaboration. For example, the school’s Jazz Cafe event, which has been going on for more than 25 years, invites kids from other jazz bands at other schools to come perform – “which is unique,” said Spradling, “because students are used to going to other schools to compete against each other.” The Jazz Cafe, which converts the gym into a “night club” (Spradling: “You’d have no idea it was a school”) also serves a fundraiser for various music programs. 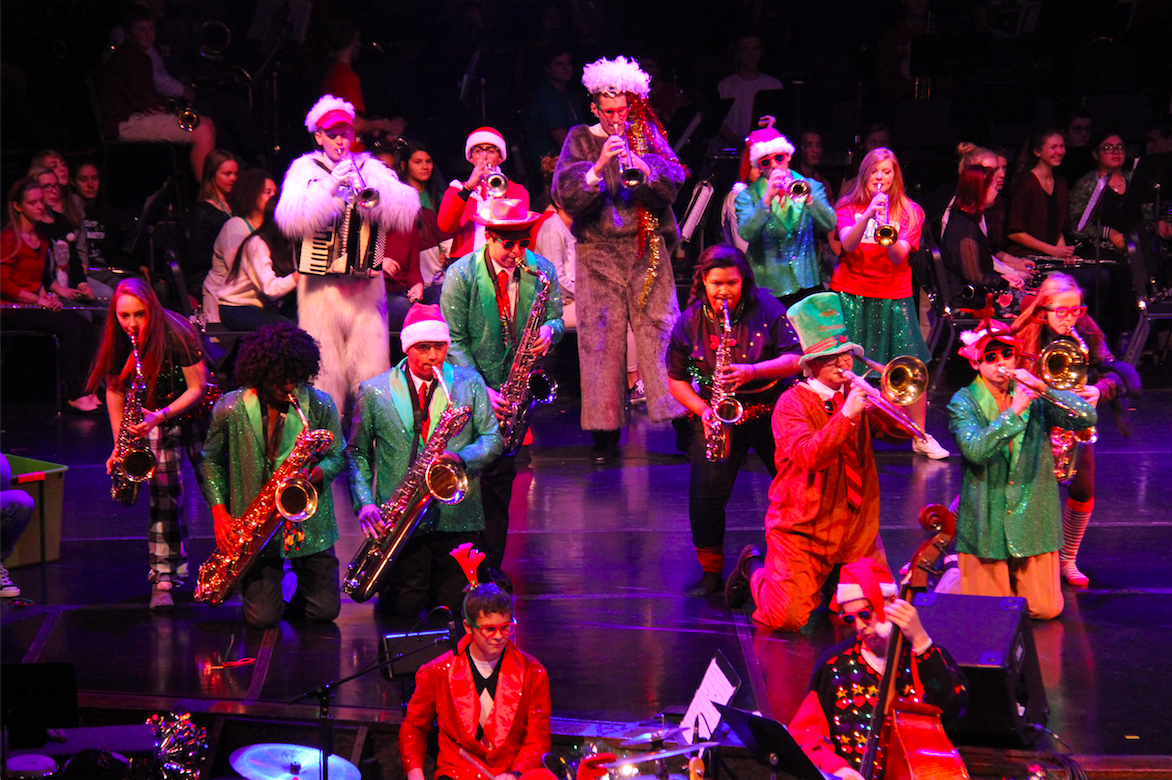 According to Huneryager, parental involvement can be almost immersive, what with the need for fundraisers, concessions, chaperones, set building, crowd control, uniform spot-cleaning – you name it. Businesses can get involved as well; said Huneryager, “The Band has one fundraiser with a local car dealership, which brings in brand-new vehicles. When people come and drive them, then rate their experience, the car dealership gives $50 per drive.”

For its three annual shows (and the occasional fundraising event), Concord has used Ludus for the two years, which has been a great help to the organizers. “Before Ludus,” Huneryager said, “We had no way to do reserved seating specific to our venue, and we had to physically sit people in order to do assigned seats.” Since Ludus, “It’s been a tremendous help with the performances, allowing us to serve all patrons smoothly.” Added Spradling, “ The biggest compliment I can give is that I didn’t notice the program. It worked so smoothly, without hiccups.” 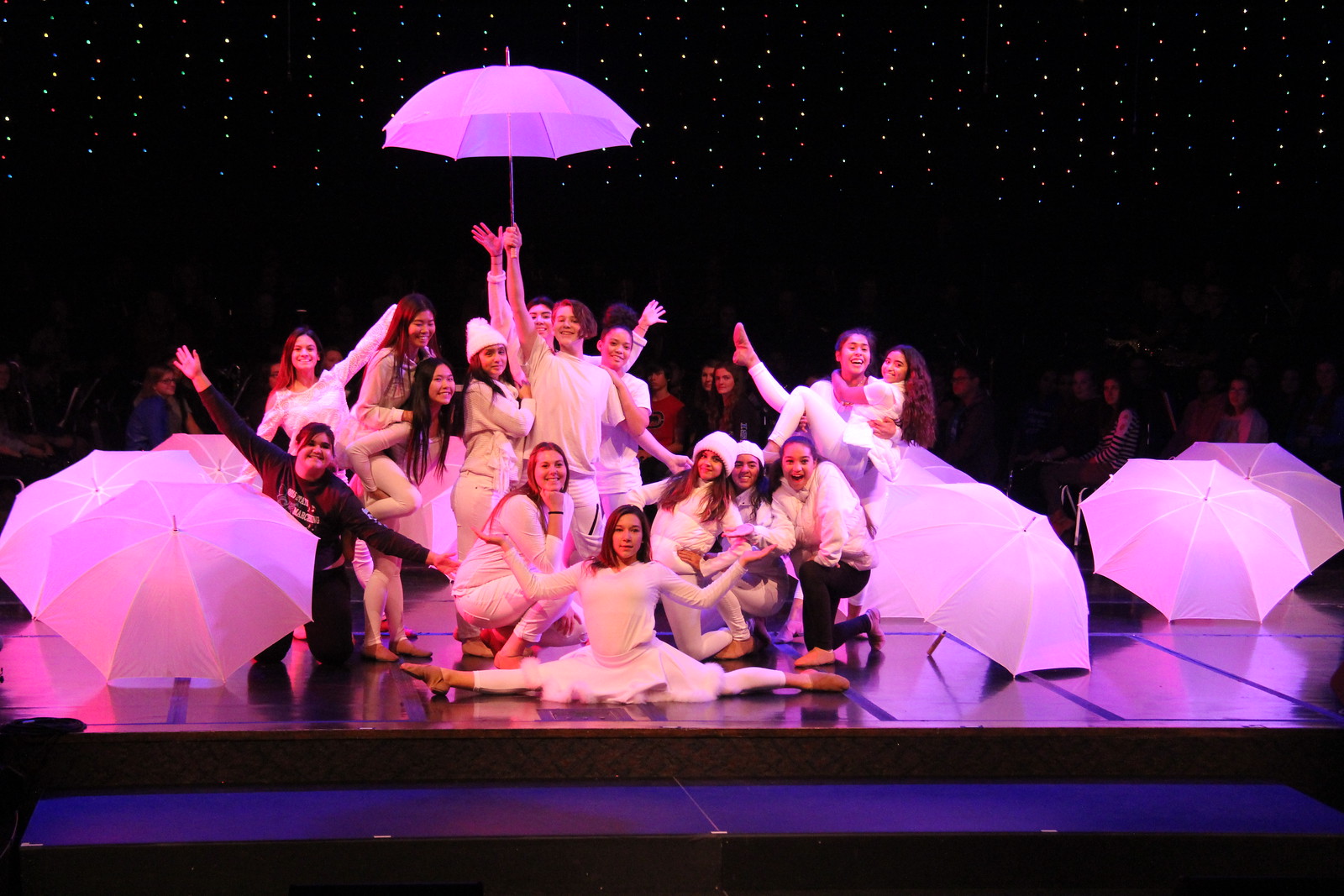