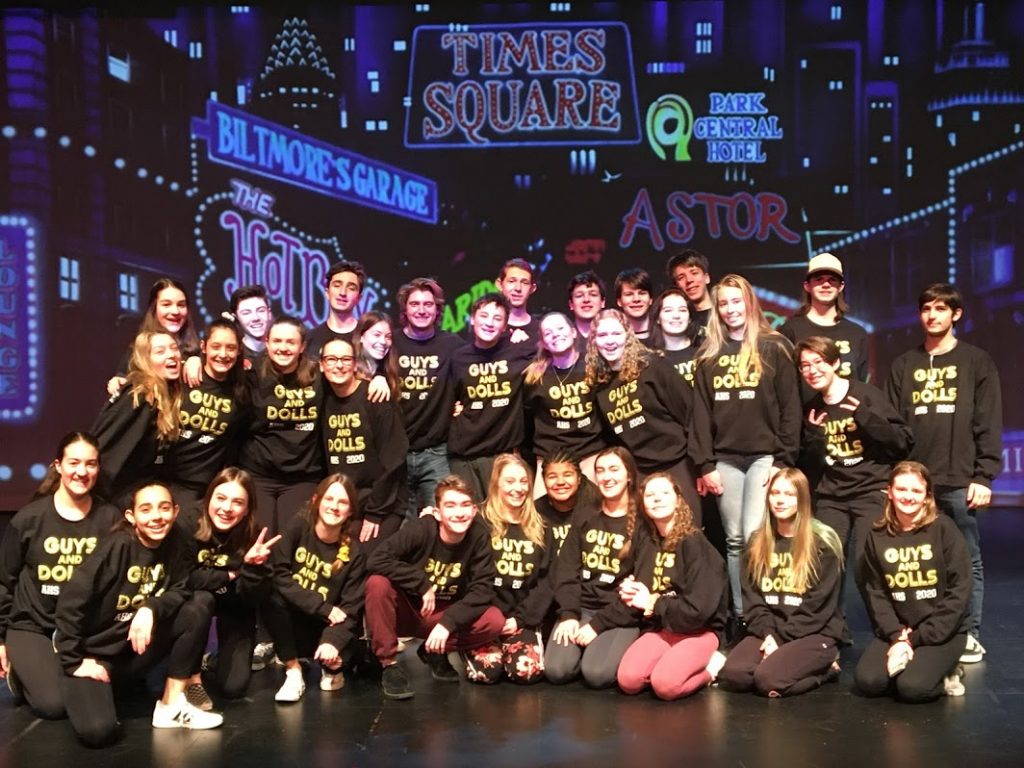 Note: This is a “Life during COVID-19” story. Please read the inspiring message.

A story that is all too common this spring, Aspen High School Theatre was hours from opening, when their show was canceled and schools closed. Losing the experience for students and directors is bad enough, but the financial loss could have been devastating. Using Ludus, AHS was able to salvage at least some of that money through the generosity of an incredible community. 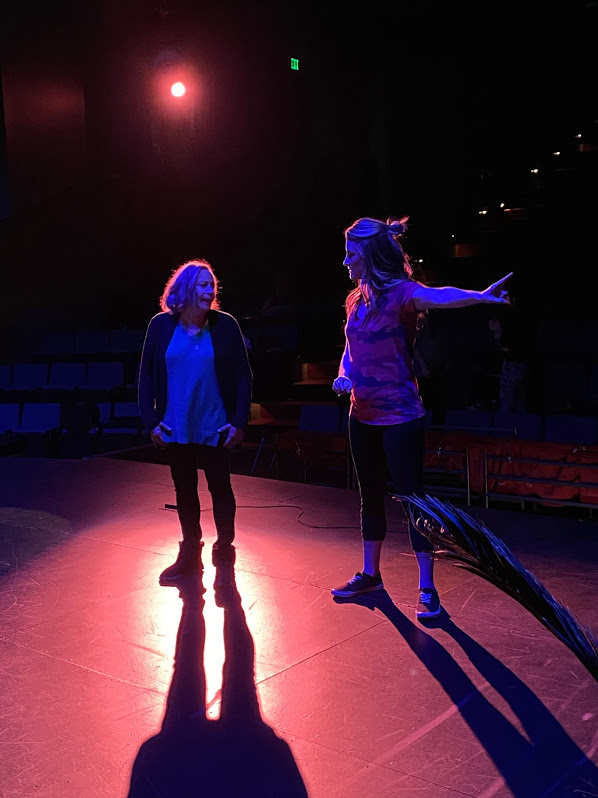 Logan Carter has always been a self-starter. “I started here in 2013,” she said, of her current position as stage and theatre specialist at Aspen’s High School (AHS) and Middle School (AMS). Since her arrival, she’s made several changes – not the least of which was re-casting the school’s theatre program as a business. “It is unlike most school theatre programs in our area,” she said. “My goal has been to bring a professional theatrical experience to match the space of the school’s 550-seat auditorium.” While almost 20 years old, “it’s the most equipped theater between Denver and Salt Lake City, she boasted. “It has fly space, too. Lots of professional companies and ballet companies perform in the space.”

As part of her “business” plan, Carter works with a mix of professional designers, school employees and volunteers (“usually parents”). Aspen HS is an IB school and it can be hard to get students to get involved with theatre.  “We hire out scenic, lighting and costume designers for each show. We bring in professionals as mentors without letting them run the show. This, “she said, “has helped the quality of the shows, while still letting students learn more specifics about theater under the guidance of professionals.” For example, last year’s production Peter Pan had 75 actors in the cast, plus 12 members in the crew. “Plus pit,” she added, “some of which were professionals.” 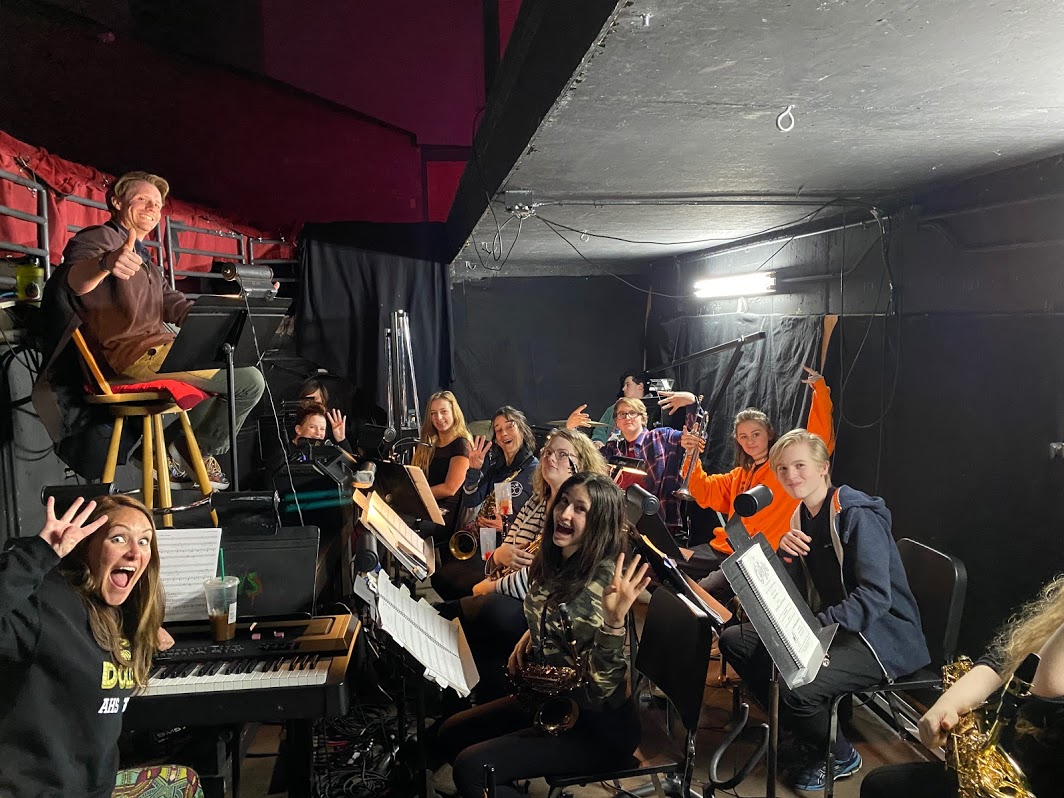 However, hiring professionals costs more. “I work hard to build the budget,” said Carter. “Ticket sales generally cover about half of the budget for the show, with the remainder covered by fundraisers.”

A Denver native, Carter pursued a theatrical career first as a child, then as a student at Chicago’s DePaul University, where she received a BFA in Acting from the Theatre School. After moving to Los Angeles, where she studied at the Lesly Kahn Studio, and began teaching acting at the Performing Arts Workshop for children in Redondo Beach, she returned to the Centennial State in 2007.

Before joining AHS and AMS, Carter spent time in nearby Carbondale, where she taught Speech and Drama at Carbondale Middle School. She also founded Stage of Life (SoL) Theatre Company, a not-for-profit children’s theatre company, in 2012. In the past, she thought about returning to Denver or Chicago to do more theater, “but something in Aspen would always come up that would keep me here,” she laughed. “It’s a ski town. But even though it’s small and doesn’t have a lot of art happenings going on, it’s definitely a community that values the arts.” 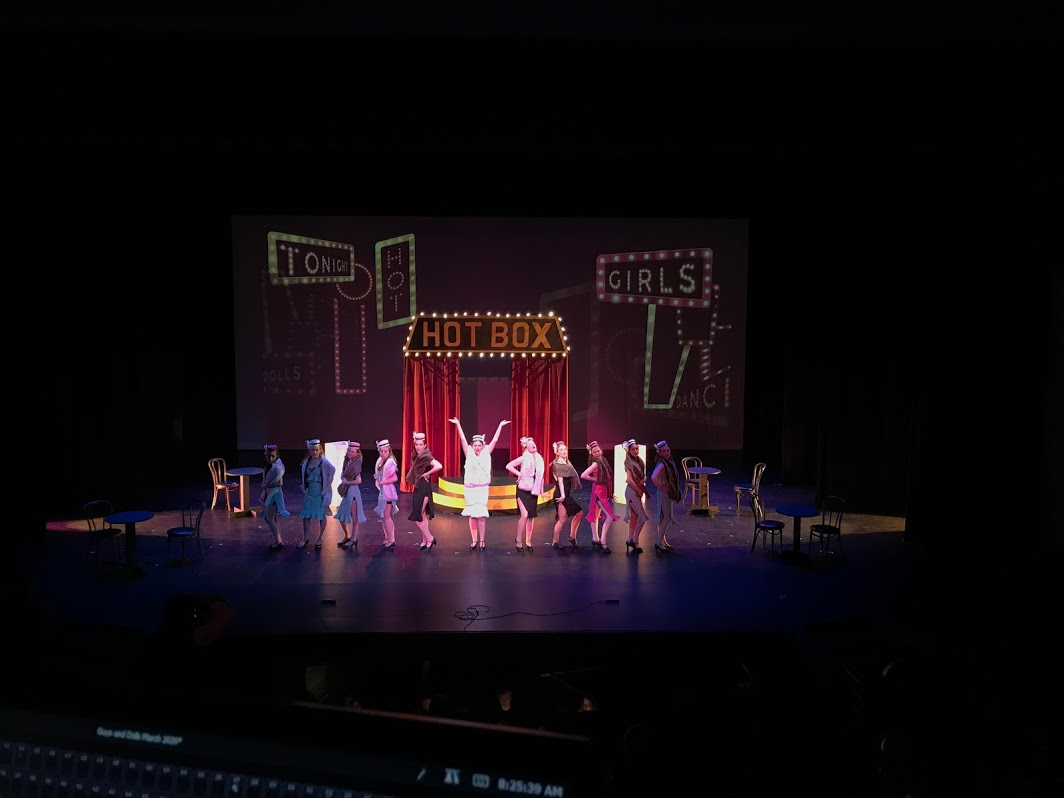 AHS/AMS puts on two shows each year. “The fall show is usually a play. It’s smaller in scale; a class puts it together and does everything.” Spring, on the other hand, is a big musical, selected for the strengths of the students. “It’s cool to not only see students that keep participating year to year, but new-comers, too,” she noted. “Students have to learn a song from the upcoming show, and a monologue, (if they want a lead).” Then there are callbacks: “They learn a dance, do a cold reading and sing.” 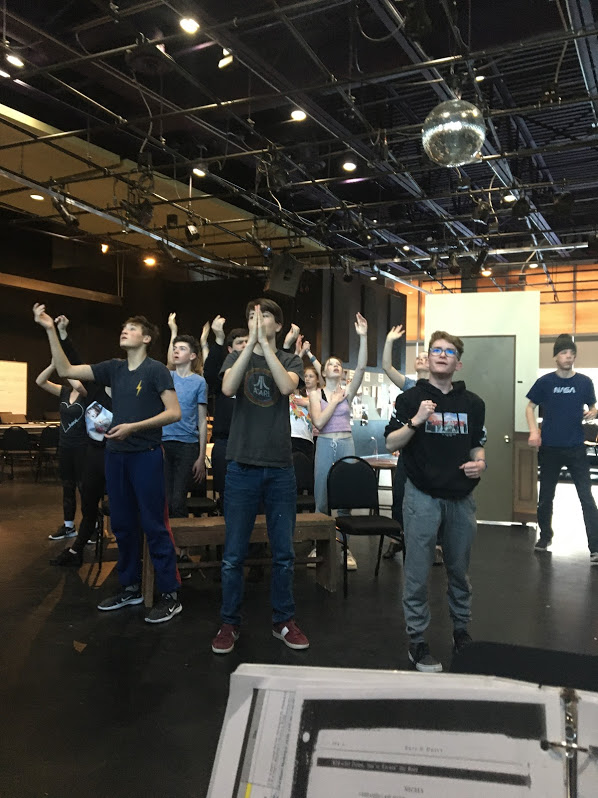 But in 2020, unforeseen events have overtaken the program. First, a fight over proprietary rights almost derailed the fall show. “The author’s attorney said they couldn’t do it, so the students wrote a new show and went with that.” Then, with the threat of coronavirus, the spring musical, Guys and Dolls, was cancelled within hours before opening. Up until that point, things had been going well, Carter reminisced. “Theater is meant to put on a show. You spend months of time and money putting on a show for 1 weekend of performances to finally feel the success.”

Unless that doesn’t happen. The experience of COVID-19 is teaching everyone a new perspective. For the theatre students of AHS/AMS, “It’s not about the applause or the performance,” Carter concluded. Right before announcing the cancellation, Carter told the Guys and Dolls production that “the show was still a success, because they still worked hard and grew. Even though they didn’t get to perform, it didn’t mean everything was in vain. It’s about the process and journey and what’s learned.” 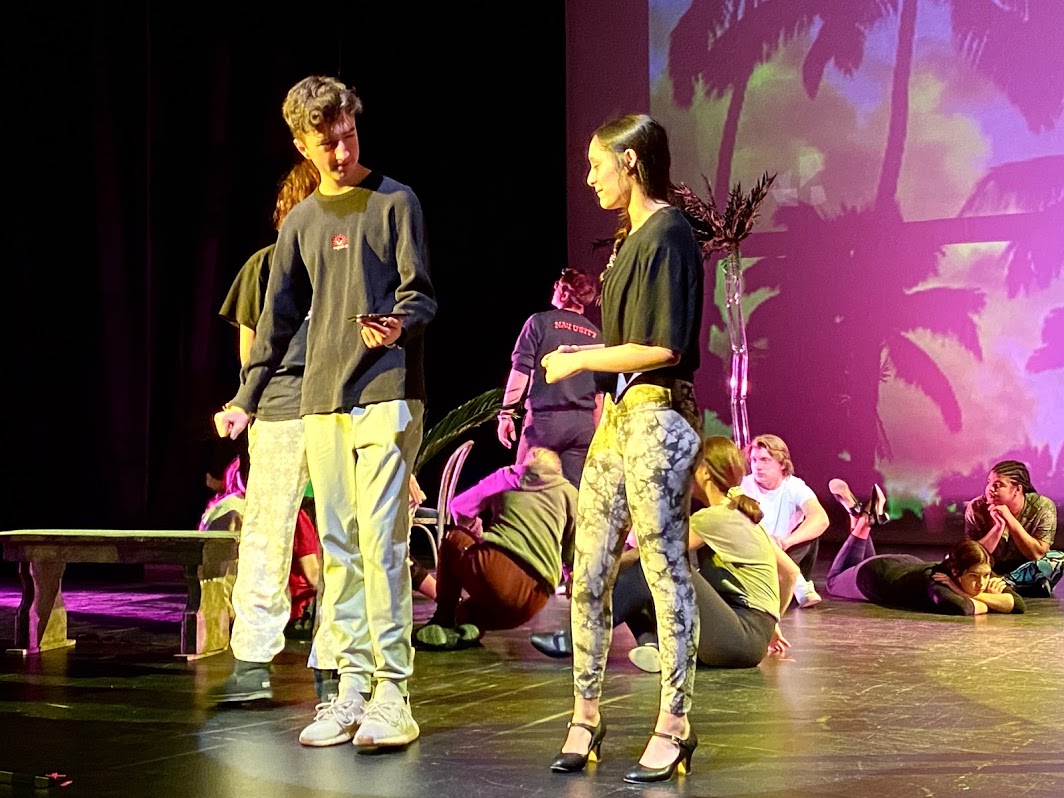 One of the most inspiring parts of this story took place off stage, in the community of Aspen. When the spring musical was canceled as a precaution against COVID-19, like so many shows across the country, the community responded by donating the cost of their tickets (instead of getting a refund) to help the production recover its costs.  Whereas it may not sound like a large donation, just the price of a ticket, 15% of ticket buyers donating their ticket costs back to the program provides some major relief. Not only does it show that the AHS community supports the arts, but want to see it continue long after schools return to business.

Ludus was there to help when things suddenly got crazy.  Both transactions, facilitating donations and refunds, were handled by Ludus, which has been AHS’ ticketing agent for the past three years. “The best thing about Ludus is how quickly Ludus responds (even if it’s the day of the performance),” said Carter, noting, “It was really stressful to communicate the cancellation with everyone. I shot them a quick message, and Zack immediately answered and helped.” 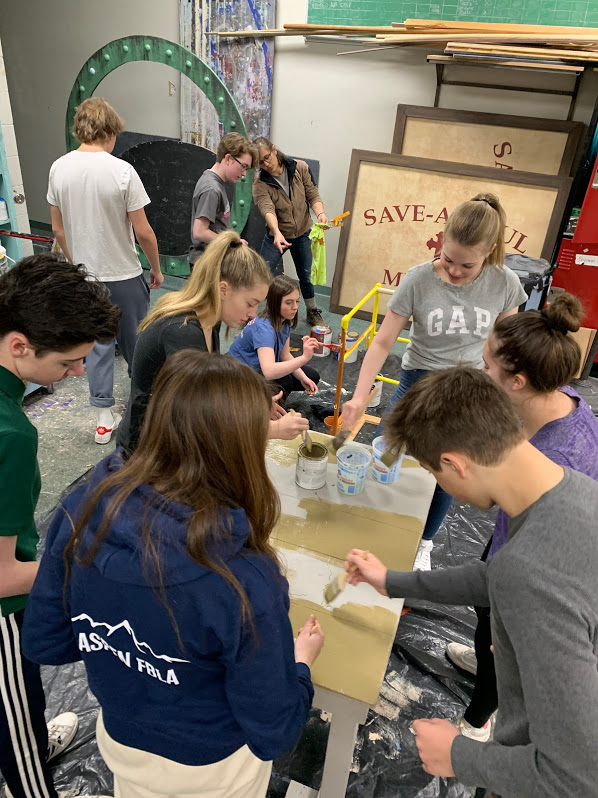 Carter had found Ludus through peer recommendations. “Everything I’d used in the past was glitchy and had problems, which made it really hard to direct. I wanted something easy and fair. Ludus,” she said, is “always friendly, and kind, and willing to walk through (even simple things). I love having actual people to count on.”

Though this year was not how Logan Carter had planned it, she truly adores her current group of students and is so grateful she has them. “They’ve bounced back from every one of these setbacks. They’ve taken each thing and have turned it into a positive.” And it is with a positive outlook that she looks forward to next year! 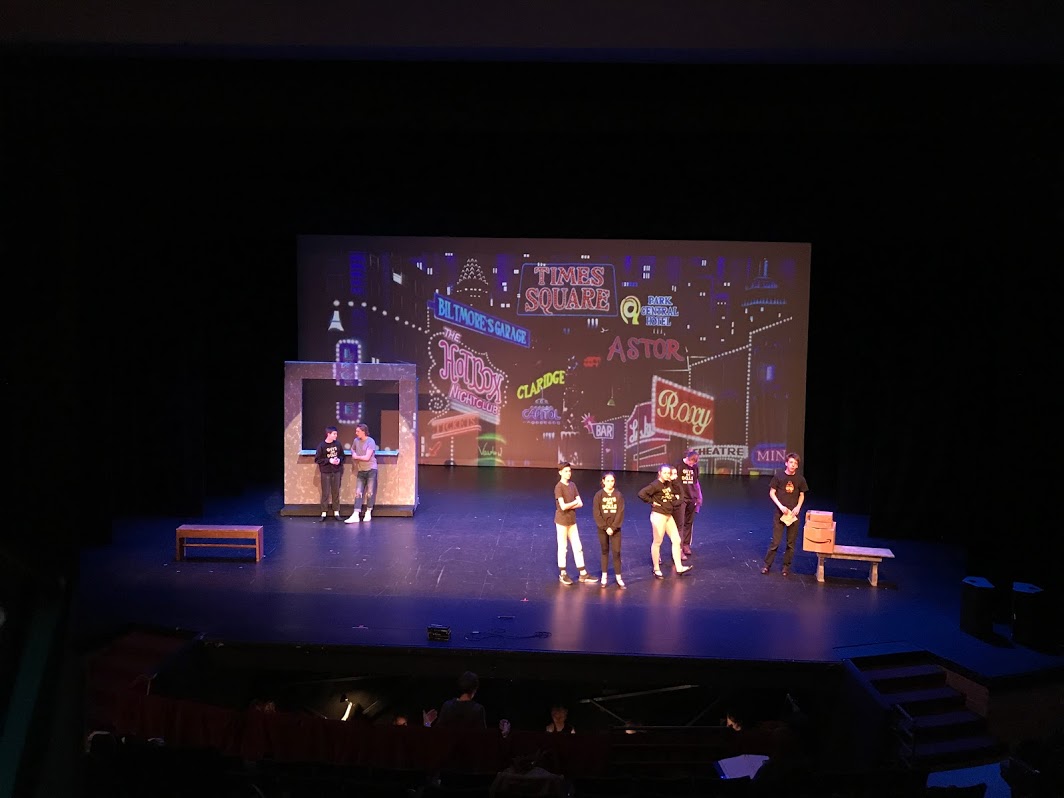