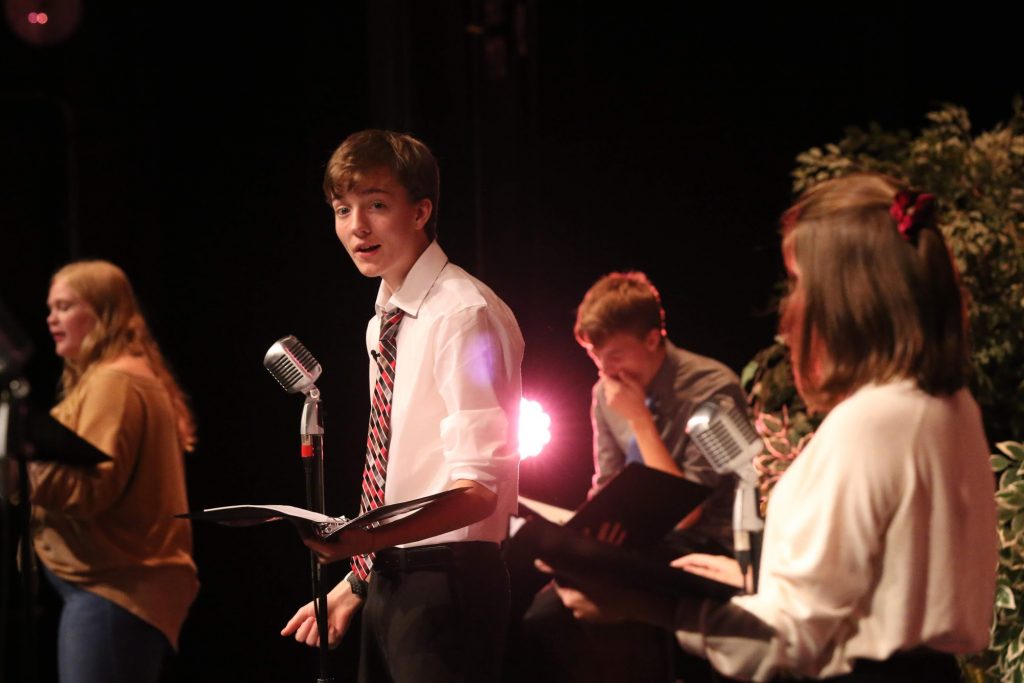 Note: This is a “Life during COVID-19” story. Please read the inspiring message.

Greenville High School had just started rehearsals for The Crucible when Michigan’s sheltering-in-place order took effect on March 23. The students and staff decided to continue with virtual rehearsals.

Chris Chapman has been Auditorium Manager at Greenville Public Schools’ Performing Art Center since the beginning, in 1998. You might say he got in on the ground floor because, driving down for his interview, “I could see the construction. The auditorium wasn’t even finished!” 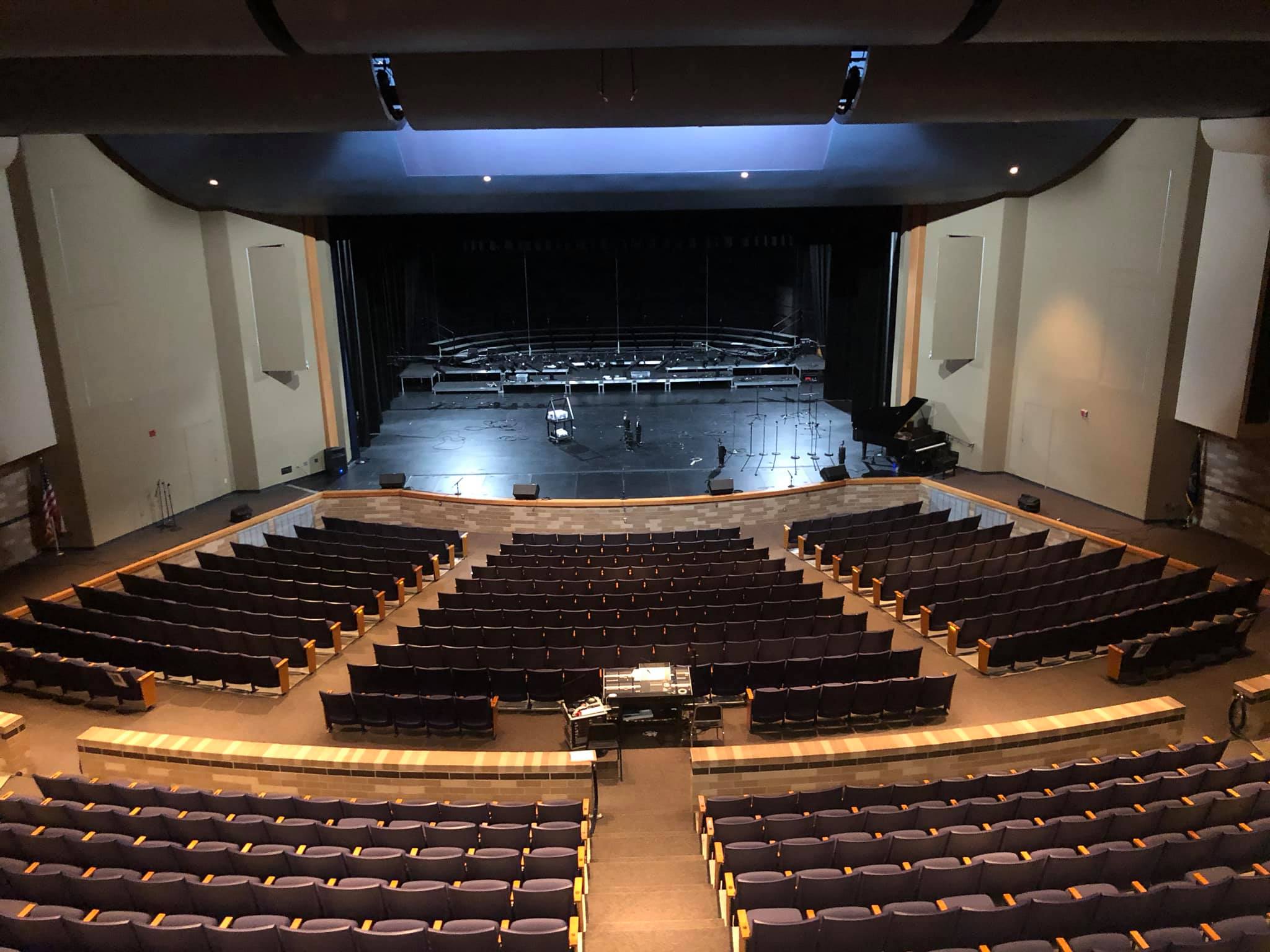 Both the Performing Arts Center (PAC) and the performing arts program it nurtures have come a long way since then. It’s been a wild ride, “a hard and awesome experience.” Chapman has seen the program change and expand in many great ways. “It now has a full band, choir and orchestra, with up to 75 productions and concerts. In the first 20 years, “over one million people were seated in the auditorium! I feel honored to be among those who put it together and help it go someplace.”

Somewhere near the PAC’s 20th anniversary, a theatre program was added, with two shows each semester. With about one in four students in its performing arts program, Greenville’s productions get monster participation. (“Theatre does a fall musical every year. There were close to 100 students in Mamma Mia,” Chapman boasted.) This is due, in part, to Greenville’s creation of a kind of performing arts funnel.” The program begins at the elementary level, Chapman explained. Each year, there are four elementary programs, up to three middle school concerts (“and a play every other year”). 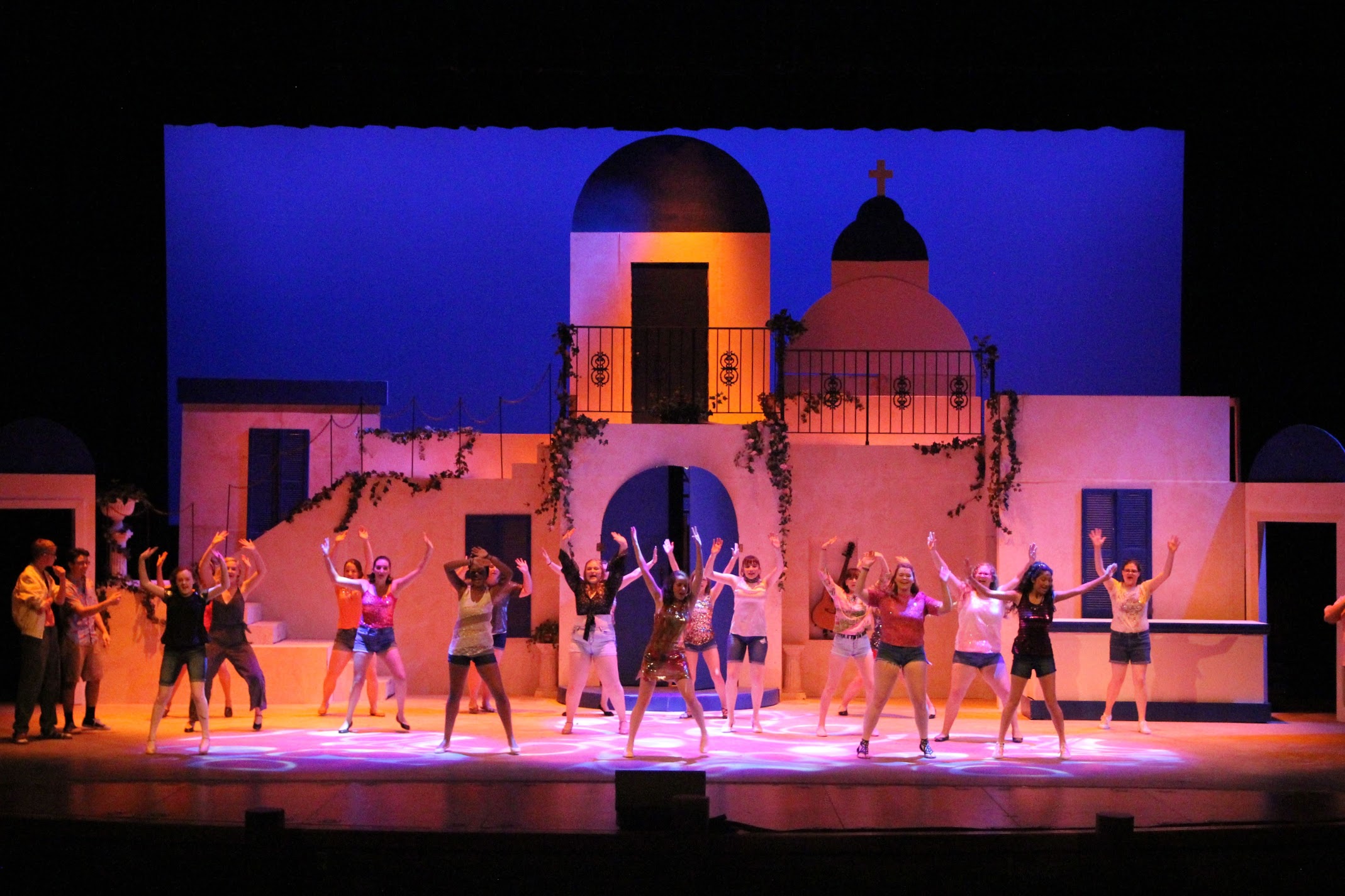 High school students who are in the program mentor the middle-schoolers. “It’s cool,” noted Chapman,  “to see students who have done it forever. And cool to see new students as well!” And for the elementary students, said Chapman, “There’s a talent show,” said Chapman, “which teaches the students performing techniques (even performing etiquette, like how close to stand to a mic, using monitors). It’s to teach them, but also lets them have fun and be confident!”

Chapman, who has a BA theater and technical arts from Central Michigan University, assists students who want to learn stagecraft. “We’ve always wanted to provide a comparable experience for students in the technical side of theater, too. The purpose is to drive students to do everything, rather than leave it to adults. Adults are there to supervise, but students do everything. Talking to students before the show, and handing it off to the student beforehand ‘letting them run the show’ is super gratifying.” 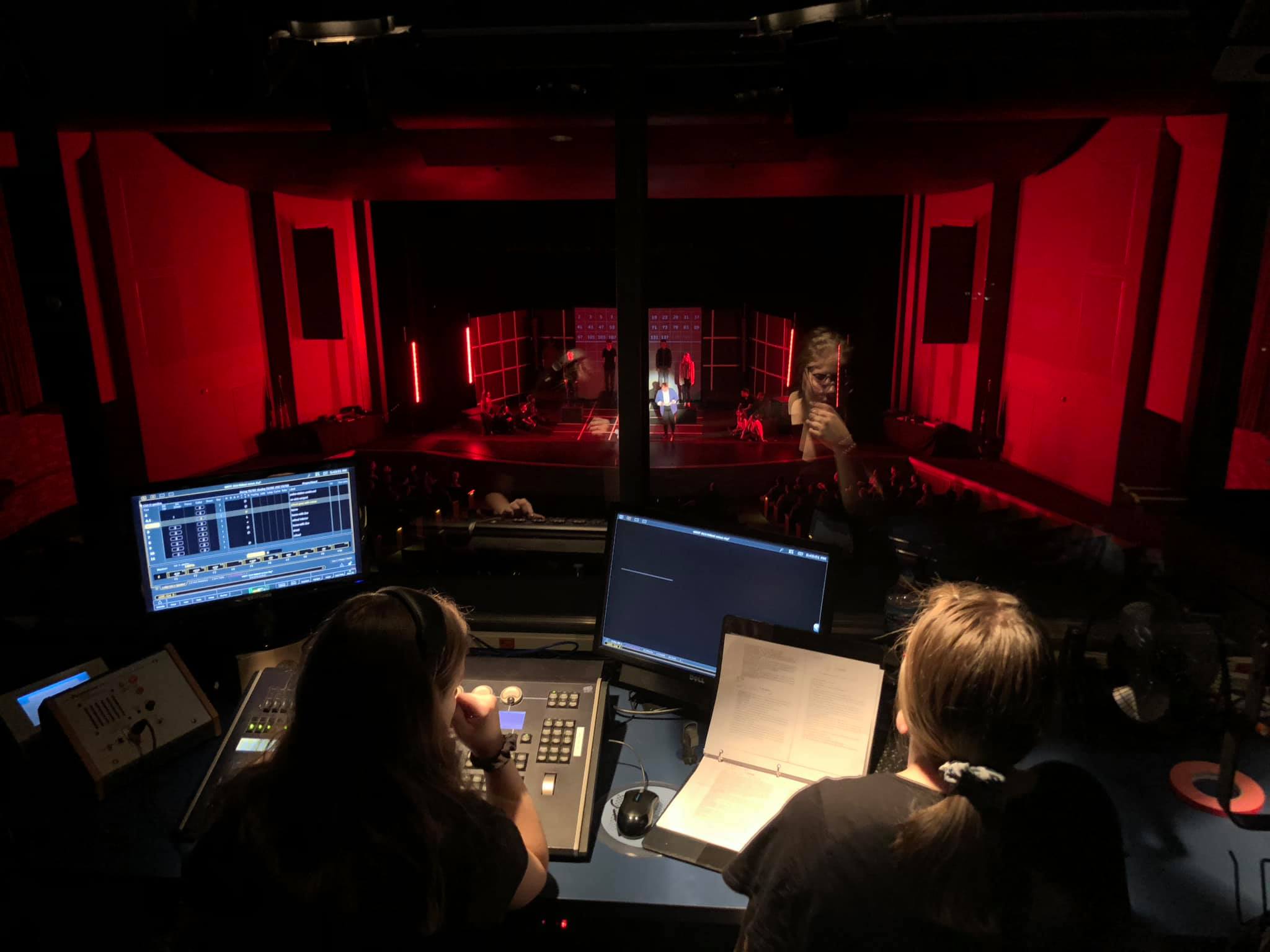 Ten years ago, the program shifted focus to supporting students to be college ready. “Portfolios, interview, audition prep ready. Many students are able to go into this for college, too!”  This may be why the PAC hosts the West Michigan Theatre Festival, which features two days of workshops and shows with non-competitive critique for participating high schools. “The point is to help improve programs,” said Chapman, noting that there is a huge range of performances: ten schools and more than 300 students from across the state participated.” 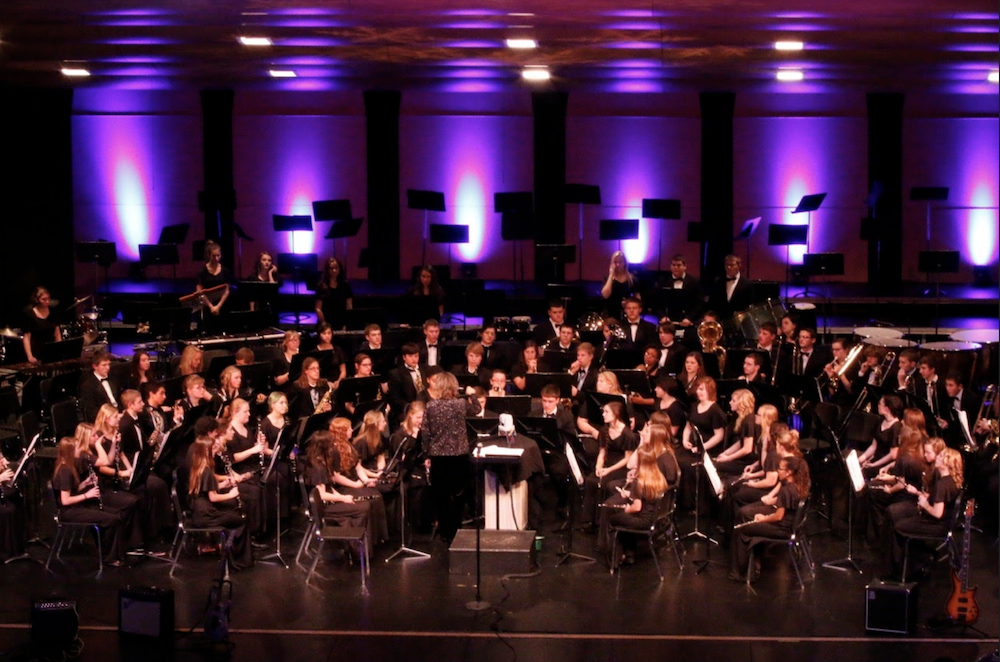 Joy Behrends, who teaches Elementary Music, also cited such program enrichments as a Master Class at the High School level that featured an actor from the touring production of Hamilton, underwritten by the OUR 3 Endowment through the Education Foundation of Greenville. Elementary students were also able to go to DeVos Hall and experience a concert by the Grand Rapids Symphony.  “I am so thankful to work in a school system within a community that so greatly values the Performing Arts. The Education Foundation of Greenville provides amazing resources for our students, and I am proud of the things we do for kids.”

Concentrating on craft rather competition helps students think beyond high school and to consider what a future vocation might entail. Perhaps for this reason, Greenville appears to take on a larger ratio of serious plays to crowd-pleasing musicals. Of the festival shows that Chapman says have been rewarding, he’s directed Martian Chronicles and Fahrenheit 451 Those shows had magical theater moments, “where the audience is so engaged. Martian Chronicles had creepy moments, with audience gasping, which pumped the performers up.” 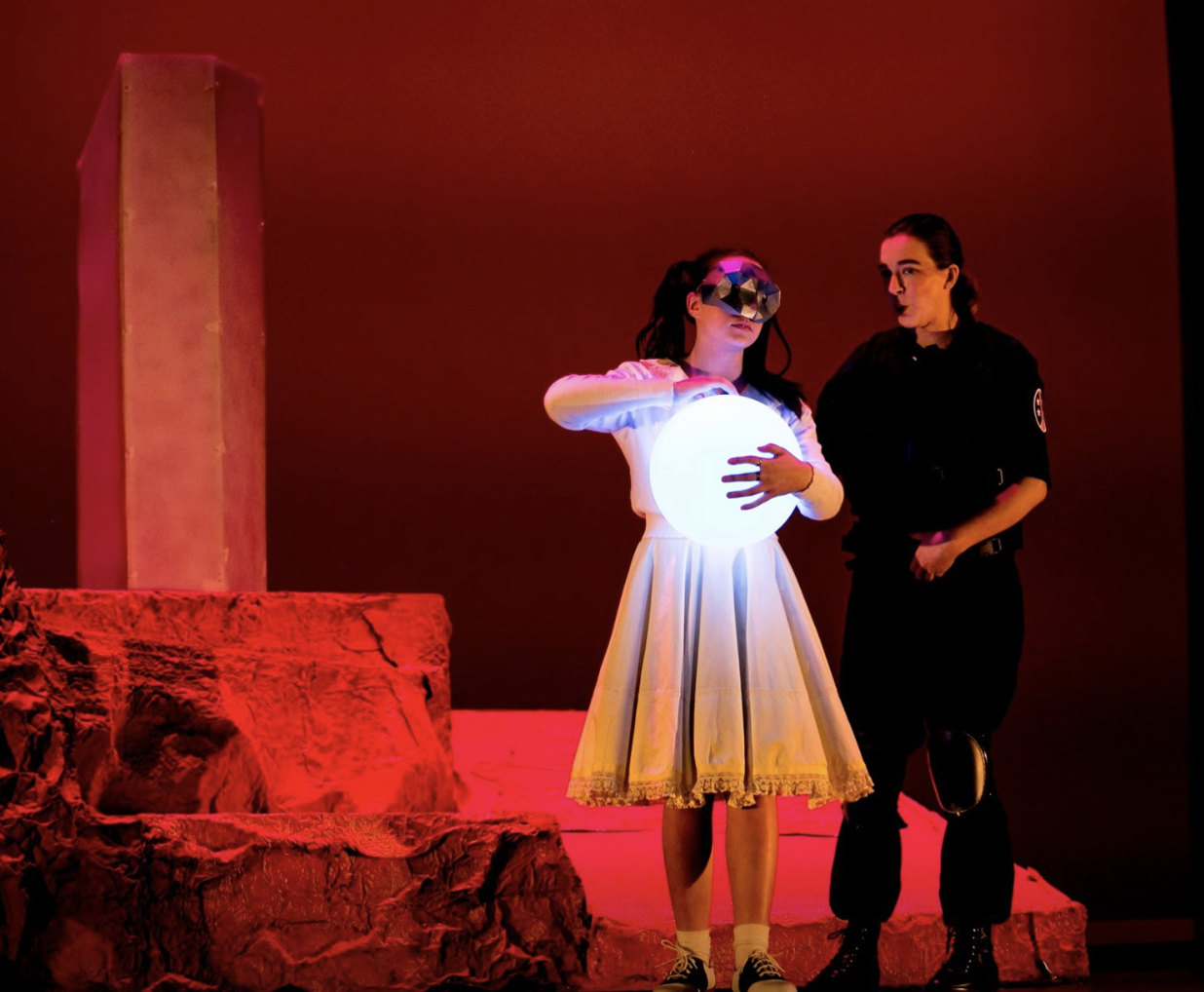 But moments like live audience feedback have been put on hold indefinitely, Greenville feels the challenges that COVID-19 is creating for human interaction. Greenville High School had just started rehearsals for The Crucible when Michigan’s sheltering-in-place order took effect on March 23. “There was one week of regular rehearsals before everything happened,” remembered Brooke Heintz, one of Greenville’s rotating theatre directors. “The students and I sat down before the closing to talk about how they want to go about this. Since every kid but one (who uses a hotspot) has Internet access – Heintz has experience leading things via the internet – they decided to do virtual rehearsals. “We had no idea how it would go!” she said. “They’re using Google Hangouts and trying Zoom today. We do rehearsals everyday from 2 to 4 pm. We started reading the scene, now we are doing in-depth conversations to breakdown character motivations, which is easy enough to do online.” 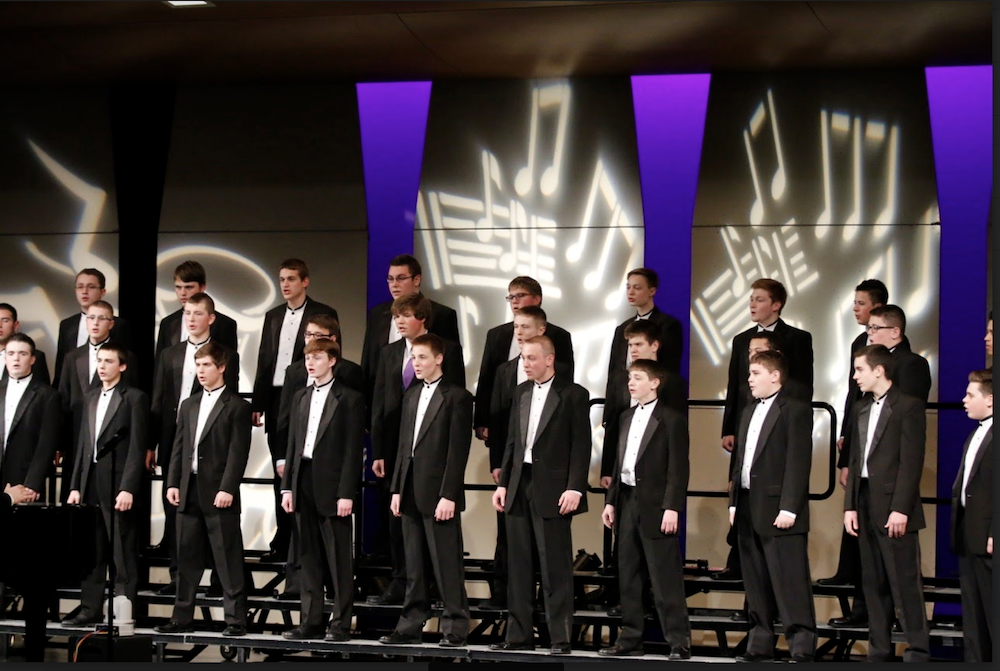 Heintz had originally been using blocking sheets, but has since been put on hold since the date is being pushed back. But blocking the stage is less of a problem. Since The Crucible is so simple, said Chapman, they should be able to work with floor plan. “Several schools,” he noted, “are doing streaming theater. It’s still unclear about what our final production will look like. It’s looking like it’ll be a stage reading, or a radio play.” Coincidentally, Greenville puts on a retro radio show each fall. “It’s a live radio show on stage, with acting, sound effects, and singing,” explained Chapman. Therefore: “Our history of doing the radio show really helps set the stage for this option.” 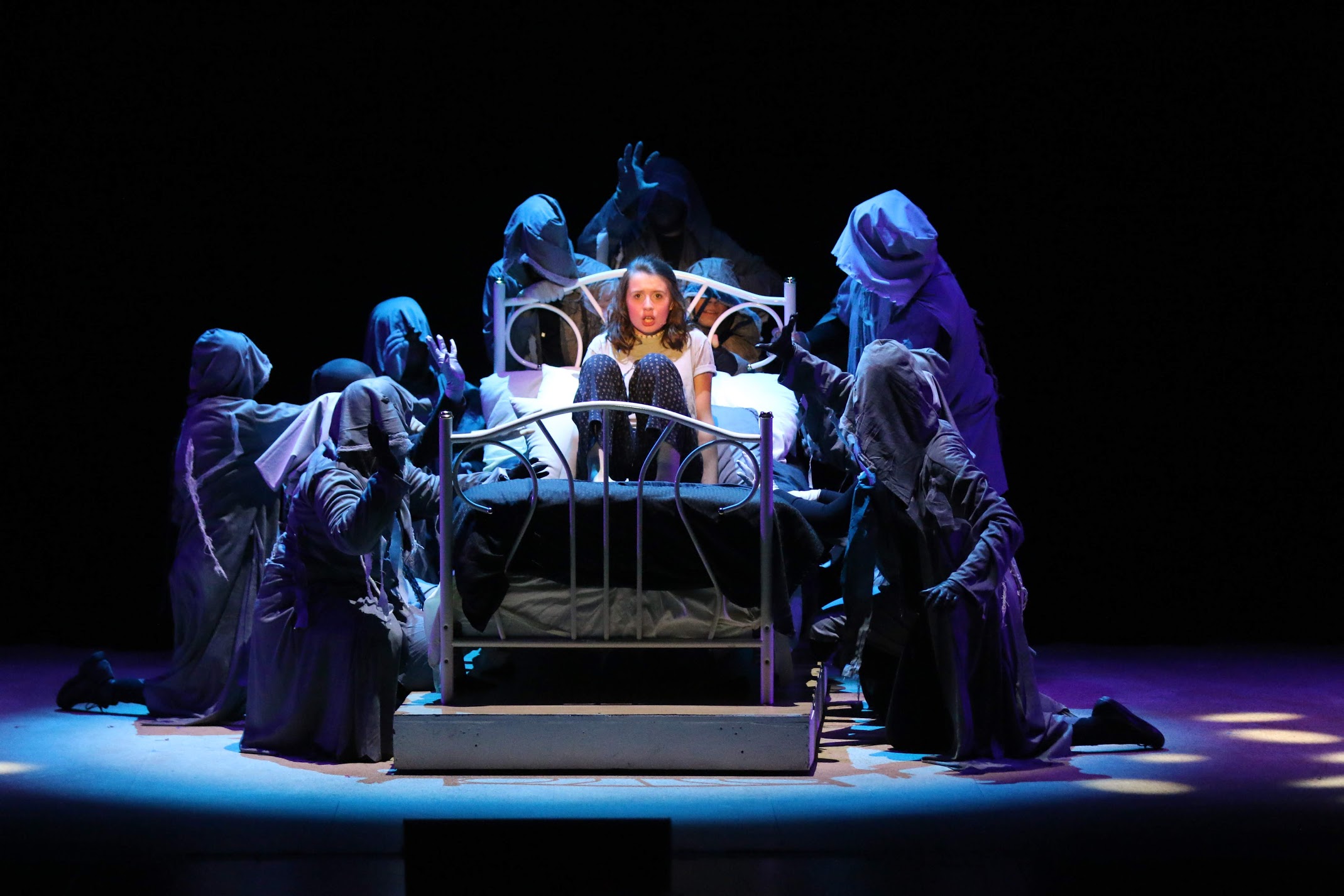 Greenville originally did all sales in house (using a MI-based software). When Chapman saw that Ludus was based in Holland, MI, and connected to Kevin Schneider at HHS, “it was a no brainer. I’d heard lots of good reviews, too!” Since then, Greenville has been using Ludus for its online ticketing. “I love that Ludus was built for and supports public school programs, which you can see in the product” added Chapman.

To view their upcoming season and purchase tickets, visit their Ludus ticketing portal at gpac.ludus.com.