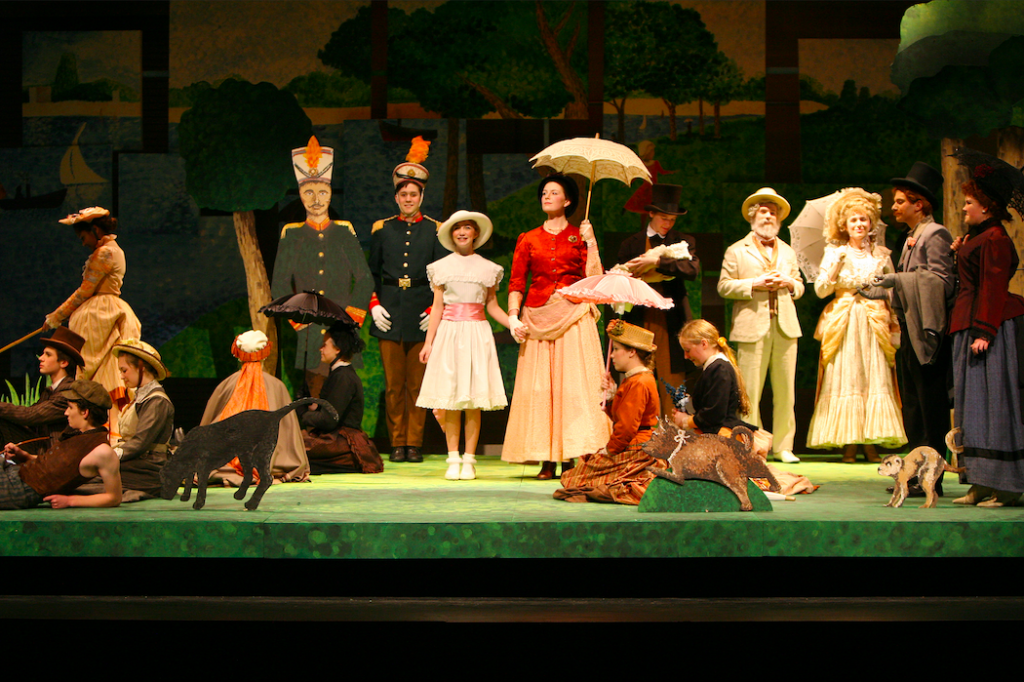 In 1986, two high school students yearned for Holland High School to have a fully fledged theater program. “Sophomore Kurt Bedell and junior Jenn Torrington had decided they wanted a REAL theater program and, with their mothers’ help AND 100-plus student signatures, petitioned the school board,” Kevin Schneider remembered.

Schneider, who happened to have been doing summer stock in nearby Whitehall, thought of the Holland High job as a temporary role. . But thirty-two years later, Schneider is still happy to be Holland High’s theater department director. It’s been a productive and rewarding time for all at Holland High School Theatre, which has since won 22 state titles, received honors from the U.S. Senate, Michigan House of Representatives, governors and mayors as well as being selected to represent theater at both the International Fringe Festival and Michigan Youth Arts Festival. 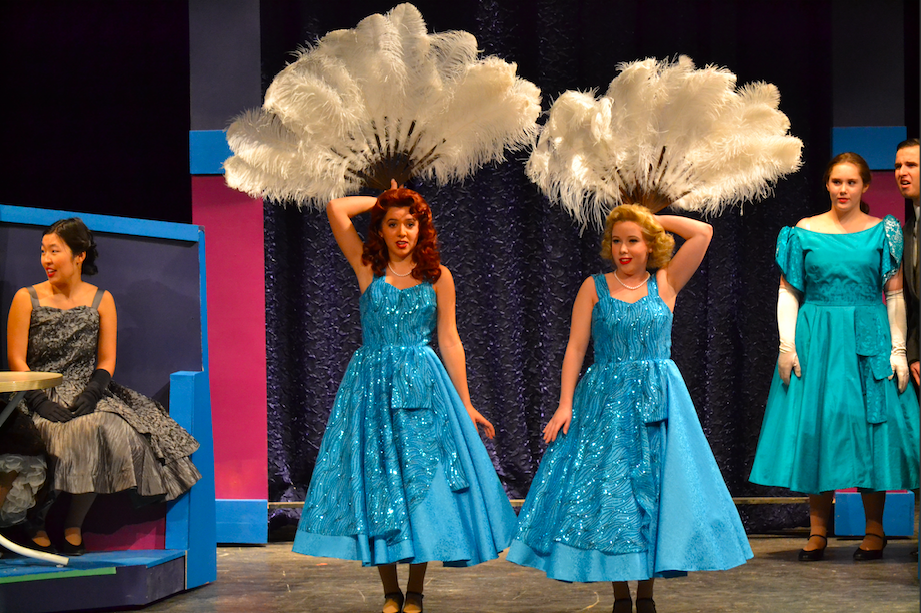 That’s a lot to look back on – especially for someone who only had been there a year! But Schneider chose to remain because “I have always been a task master and push students towards their best … and they almost always surpass my expectations. The kids are passionate about theater.” 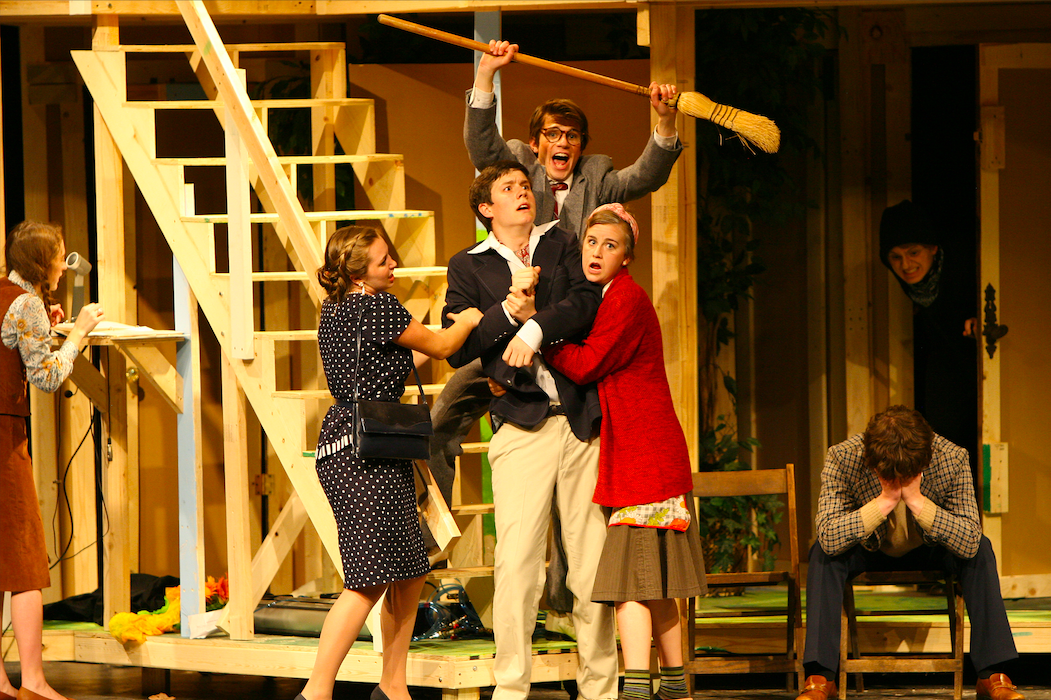 There are usually between 60 and 80 students involved with larger shows, he noted; and 30 or so with smaller. “Students take ownership of excellence, helping new members of the team, working extra hours, working to make each moment count.”

Schneider admires the students’ passion because he was hooked on theater at a young age: “I remember seeing a Shakespearean production when I was five years old (I went with my mother) and it was the most exciting thing I had ever seen.” 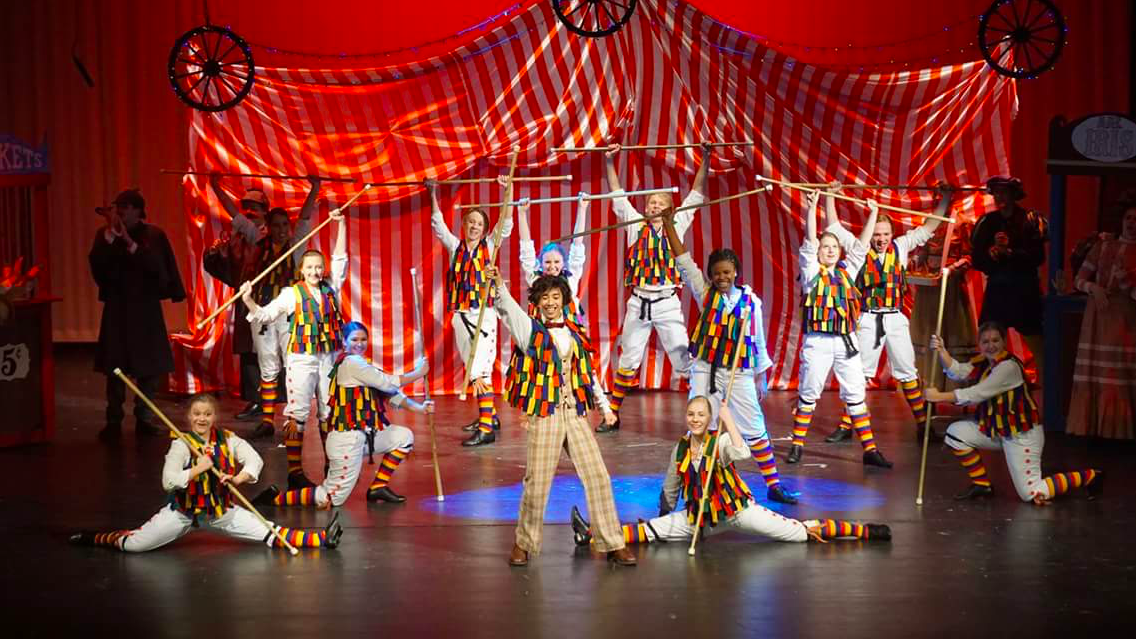 Although Shakespeare remains his enduring passion, Schneider has made Holland known a byword for musical spectaculars. “We do a minimum of four shows a season, but often do five. If we include a summer season, we can do up to seven shows.” The latest production is A Christmas Story, The Musical, with showings running from Nov. 29 through Dec. 9. It will feature 50 students on stage ranging from 4th through 12th grade; 20 students working backstage, and choreographic contributions Alumni Abbie Page, dance educator June Wygant and Broadway guest artist and Grand Rapids native Lydia Ruth Dawson. 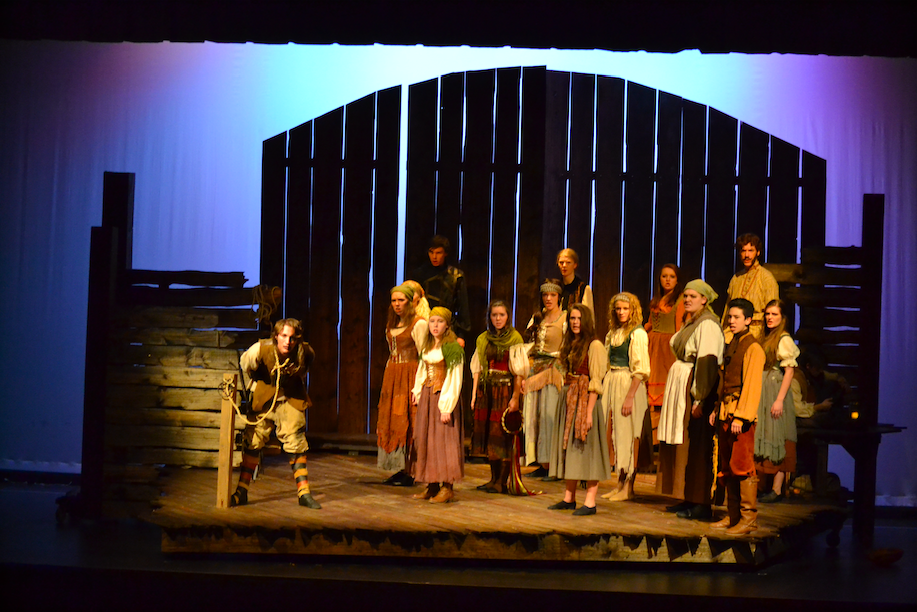 Among the past favorites are Strider (adapted from a Tolstoy story), which “pushes the performer, director and audience to see things differently.” Another favorite is A Funny Thing Happened on the Way to the Forum (“I truly love that humor!”). Moving forward, Schneider said, “I would love to direct A Flea in Her Ear, The Imaginary Invalid and maybe something like The Kiss of the Spider Woman.” Of course, he added, “if you ask me tomorrow, that list will change.” 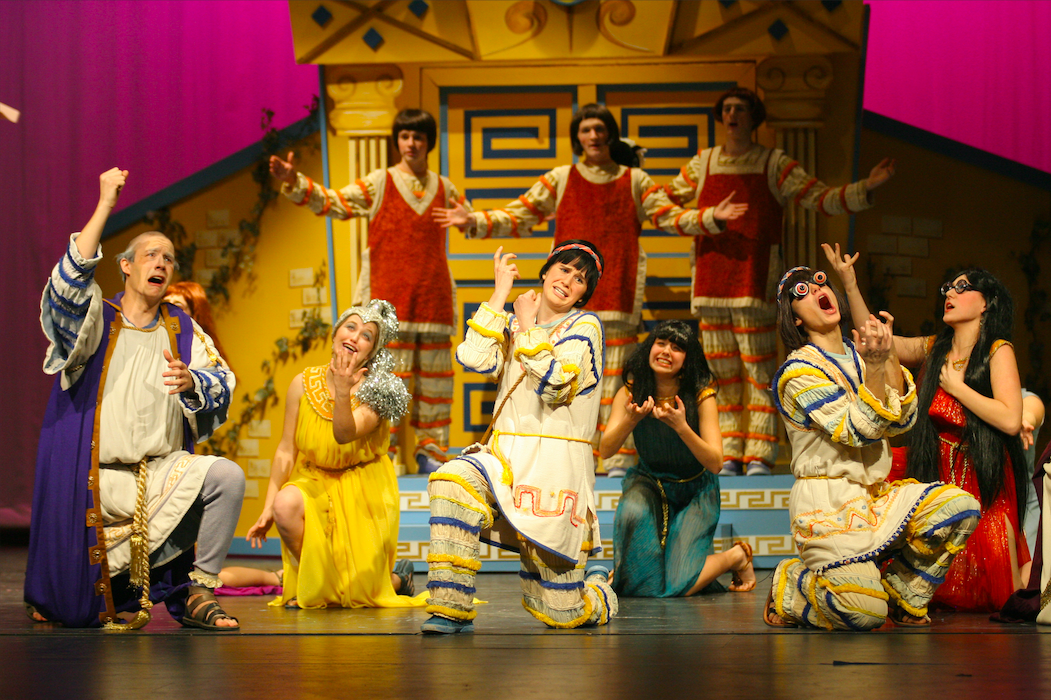 Holland High School Theatre is fortunate to have its own facility. “The school has been supportive of giving us and the music department main control over the use of the space,” said Schneider. “I would LOVE fly space and more room in the wings.” Also: ” We have an amazing scene shop, but the stage itself lacks. Oh, and a lighting system made after 1990…ours is pretty old and has a tendency to do what it wants when it wants to,” he added.

Holland High continues to have an incredible booster group that includes group leaders. And as students grow in the program, said Schneider, “they pass on a tradition of hard work and high expectations. They love each other and the shows. That goes a long way to keep the tradition going.” 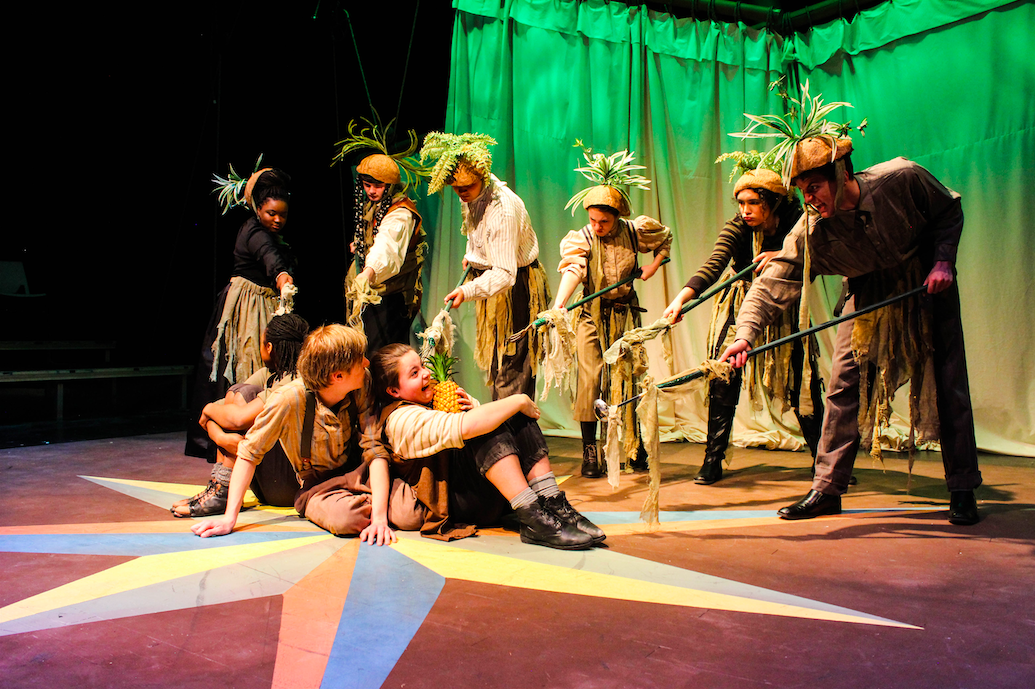 Looking back on the program that he helped create in 1986, Bedell said, “Kevin Schneider has built an amazing program with commitment and dedication to creating a place for students to grow, work hard and succeed. I am proud and gratified by how Holland High School’s humble theater program beginnings have grown into such a successful powerhouse and have elevated theater and the arts across the state.”

Interested in seeing Holland Theatre in action? Join them at their newest production of A Christmas Story, and check out their portal at hollandtheatre.ludus.com.