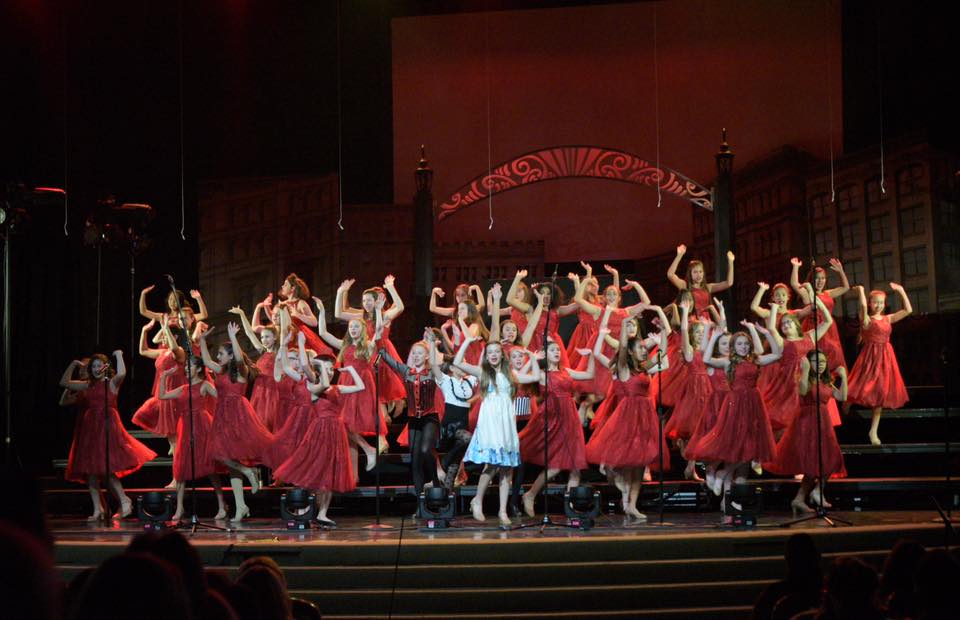 McAuliffe Middle School: A Voice for All

“I was a HUGE fan of ‘The Sing Off,’” admitted Shannon Wallace, “but I never really thought I could have a group like that at the middle-school level. Then,” she added with a smile, “we started adding a capella songs into our show choir sets, and I realized that with the proper arranging our students could actually do it.”

Teaching a capella is a process that has taken time, but it’s been worth it: “I started the first group as a ‘come check it out’ type of thing, and it just kept growing. I have kids that ‘beat-box,’ and I teach sight-reading, so all the kids can be ready.”

As Vocal Music Director at McAuliffe Middle School in Long Beach, CA, Wallace has spent 12 years shaping young voices. “When I started, there were about 65 students; today, we have about 300 students.” McAuliffe now has five choral groups, of which three are audition-free. Each one of these – Sixth Sense (6th graders), Sound Waves (7th and 8th grade girls) and Soul Men (7th and 8th grade boys) – emphasizes a different aspect of the choral experience. 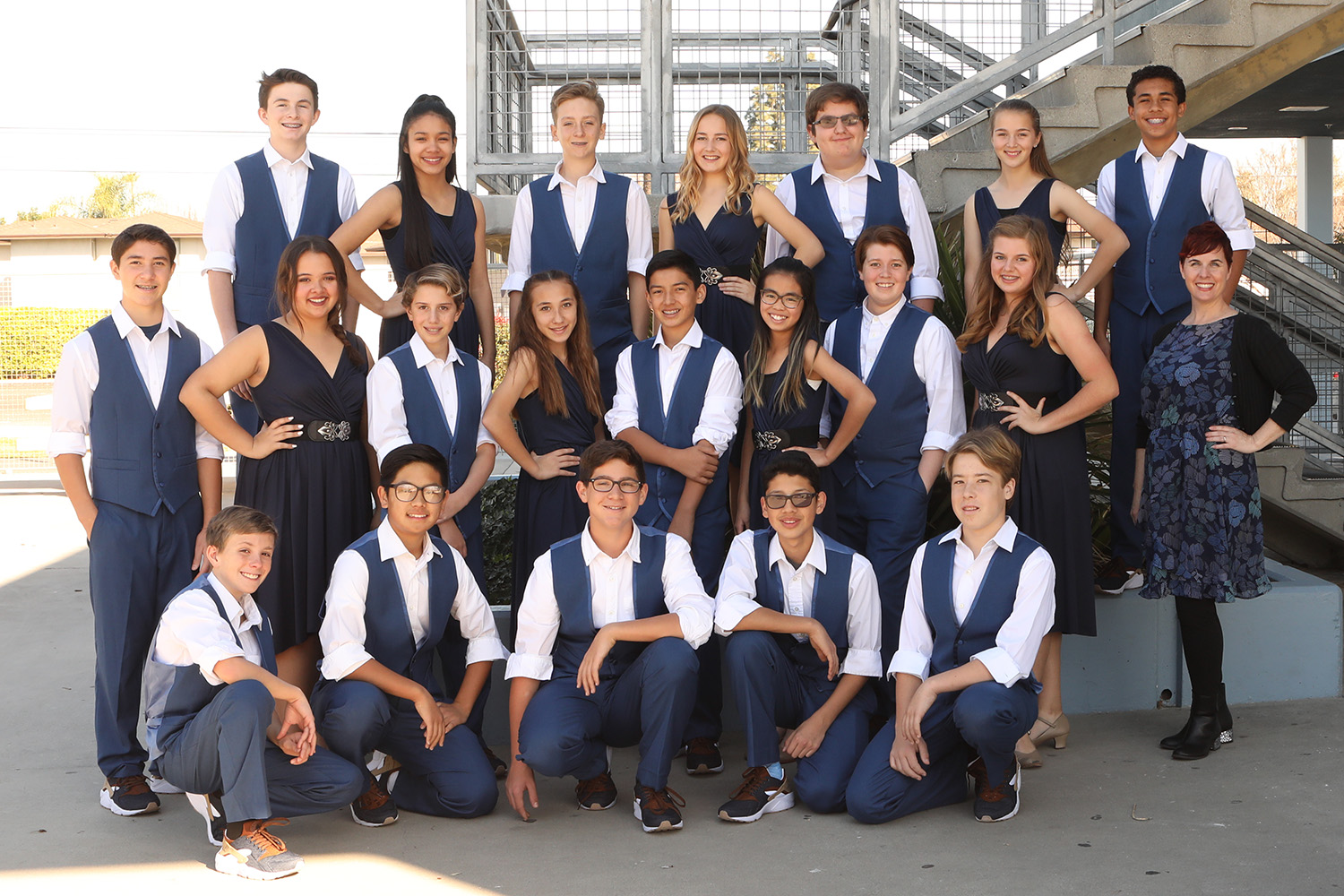 Each year, there are three major school performances that include every choir student. “We do musicals and other events in collaboration with the drama, band, computer and art programs,” Wallace added. For example, “the all-school musical is a large collaboration led by the Visual And Performing Arts (VAPA) team, but it includes many academic disciplines. The choir makes up the chorus of the show, the drama teacher directs the leads and manages the tech crew, computers does promotions and programs, art does backdrops and art displays at the show; history and language arts do projects in class that are displayed at the concert, and band plays pre-show and intermission.” Wallace particularly enjoyed Lion King as was one of her favorite productions. “It’s just a really great show and the art department made some incredible masks for our kids to wear.” 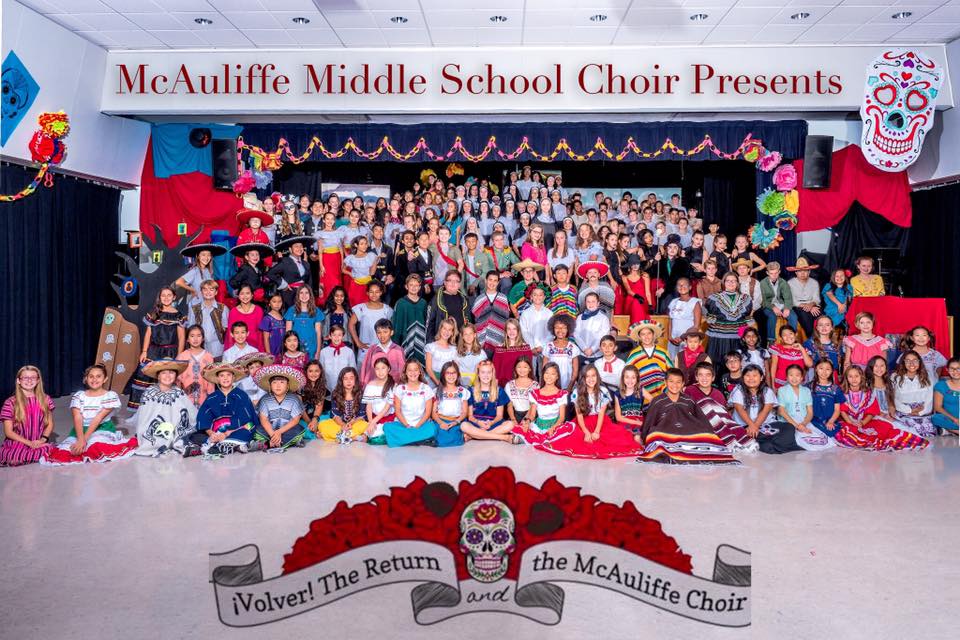 In addition to the three choral groups mentioned are the advanced, audition-only vocal groups, Studio Singers and Sforzando (a musical term meaning “strong emphasis”). “Students fill out an application and I give them a song to learn.” To be chosen, “they learn two parts and sing in quartets at auditions. This shows me that they can hold their part, sing multiple parts when needed and have the resources to study at home.”

Of Sforzando, which is McAuliffe’s strictly a capella group, Wallace said, “It’s really competitive to get into because I only take about 20 kids each year. And because the students only get one elective, we have to meet only twice a week outside of the regular day. Students have to be really dedicated.”

In return for their dedication, all students receive valuable experience, performing in up to a dozen community events and competitions each year. And while students routinely perform at the Seal Beach Art Fair, Angels Stadium and more (“I have several students that sing the National Anthem for various events”), the performances that attract the most attention and excitement are District Choral Festival and the Knott’s Berry Farm competition. “The District Choral festival is our biggest district event, boasting over three thousand audience members. Every choir in the district performs.” For the Knott’s Berry Farm competition, both the McAuliffe school and choral groups are on stage and in the park together. “It’s a really fun day of music and bonding,” said Wallace. “All the 7th and 8th grade choirs go to the competition, get to see their friends from other schools and cheer each other on. They also work really hard leading up to competition because they know the stakes are really high.” 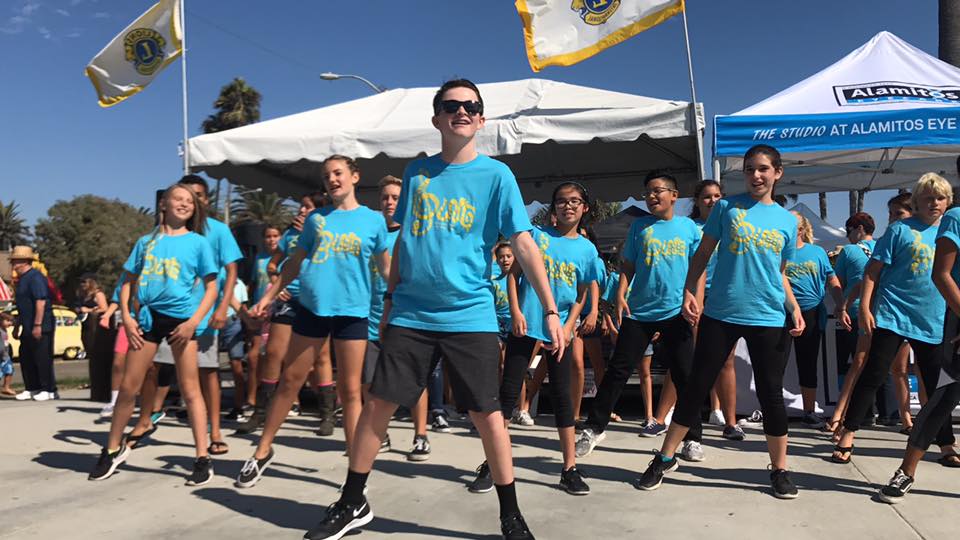 Extracurricular performances also provide a valuable experience to the public. “I think visibility is important so the community sees the work of the students. Only 20 percent of our residents have students that attend our schools,” she explained, “so having these outside performances allows our program to have a much broader reach in the community and gives our students a much deeper arts education. And it is crucial if we want community commitment to the arts.”

After Wallace and her students, true commitment to McAuliffe’s choral program comes from the McAuliffe Choir Booster Club, a not-for-profit organization that arranges events and recruits parents to help as volunteers. “Our main needs are collecting donations, chaperones and event help,” noted Wallace.

The Booster Club also manages the event ticketing. Upon becoming Club President, Adam H. Littig discovered he had an unusual problem. “Tickets are a hot commodity,” he noted, “and people felt quite entitled to them.” To eliminate issues like over-comping, seat switching and old-fashioned “sneaking in,” Littig worked with Ludus on a system whereby audience members use wrist brands – rather than paper tickets – to get in and out of the event. “Ludus solved the problem with wrist bands,” he said.

Littig began working with Ludus because of its integration with CHARMS, but the partnership has yielded many benefits, including an easy way for ticket-buyers to donate to the program. “People can round up their bill by adding donations to their total.” If, for example, total ticket price is $53, buyers can round up by adding a $7 donation, making the price an even $60. Said Littig, “This has given the program about $500-$600 in donations each year, without even trying!”

Having the Club taking care of logistics helps Wallace concentrate on teaching. “I work hard on creating a culture of inclusiveness and support in each of my classes.” she said. “I encourage the students to be good people first, then good singers.” 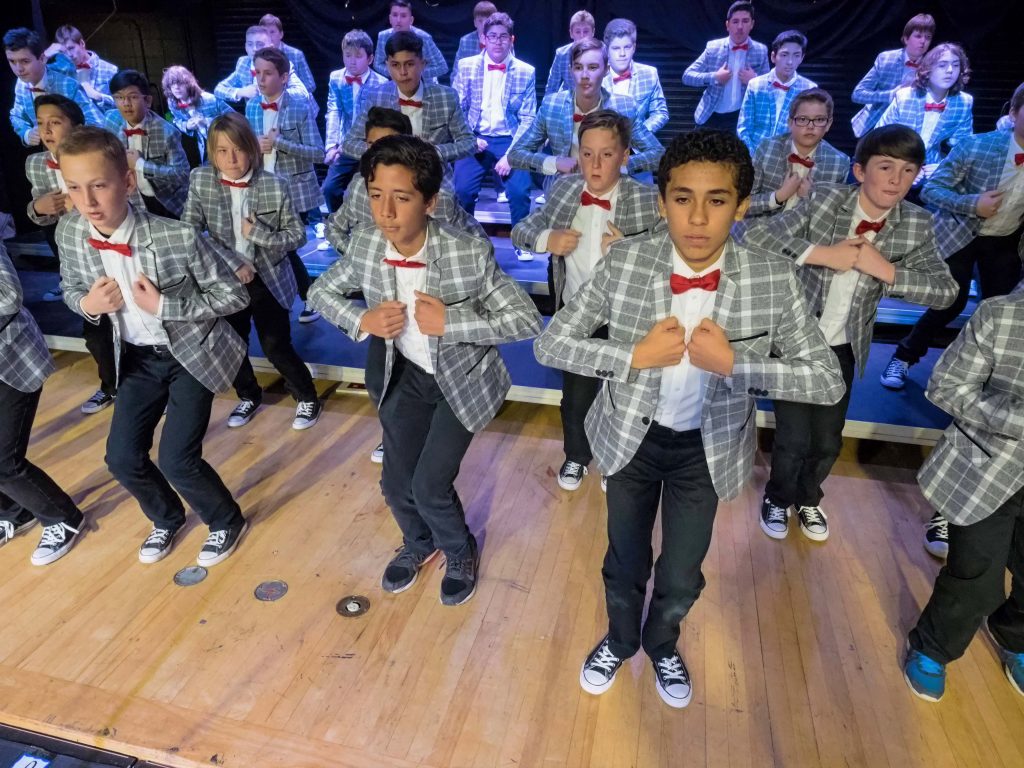 You could say of Wallace that choral singing has shaped her life. “I’ve met all of my best friends and my husband in choir,” she said. “I still sing in my church choir and run a community chorus for the parents of my students.”

And she hasn’t given up on her original vision: “I would love for my a capella group to take the stage with Pentatonix some time.”

To witness McAuliffe Choir’s magic, check out their Ludus ticketing portal at: mcauliffechoir.ludus.com! 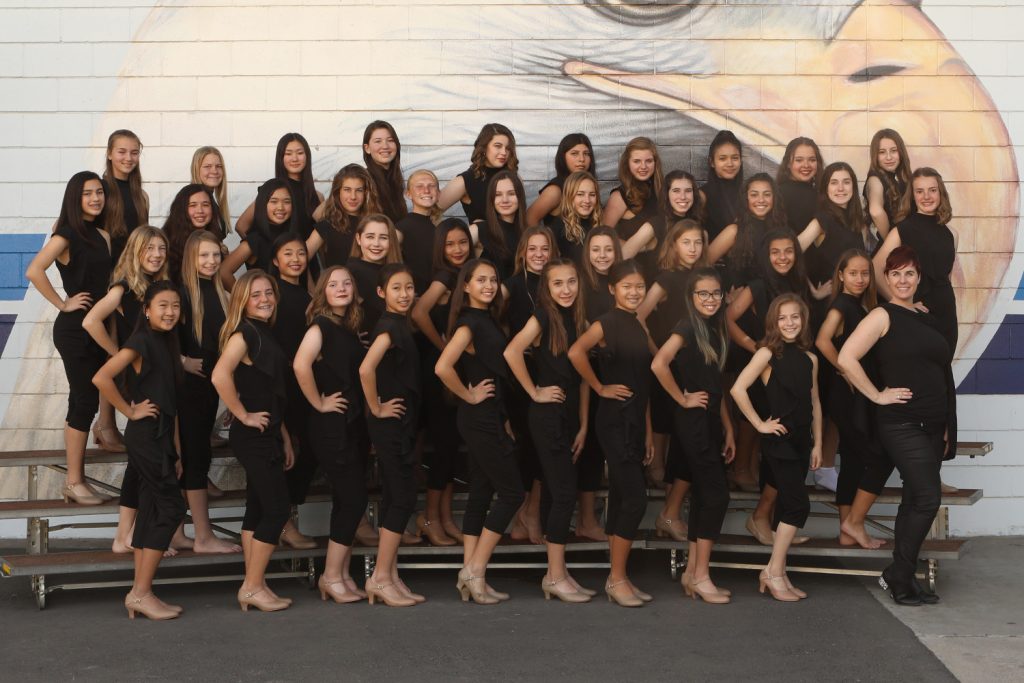 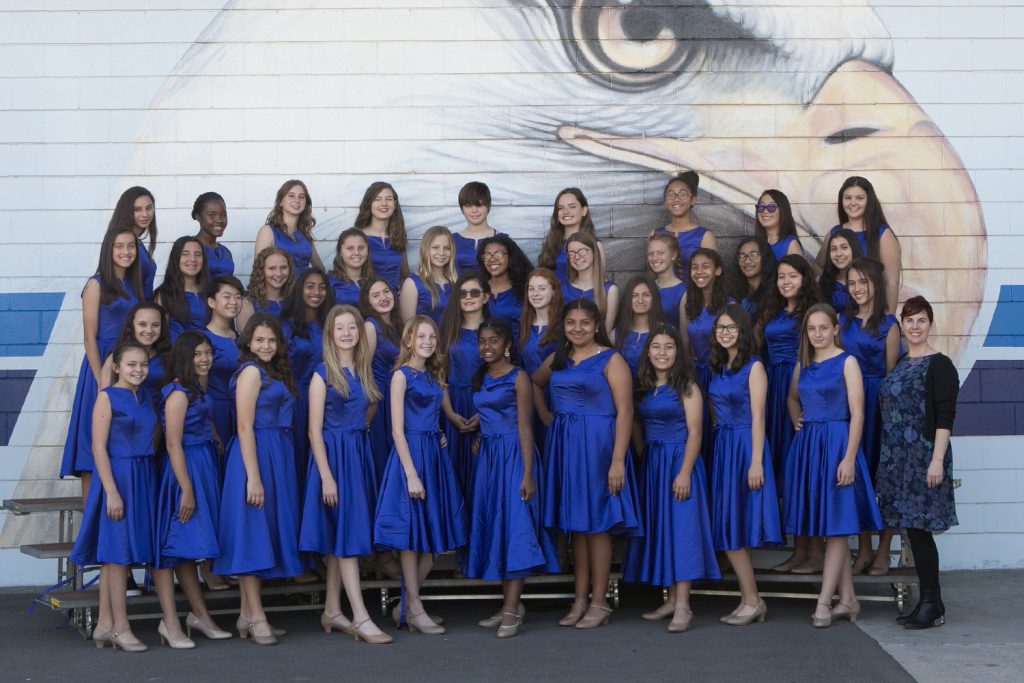 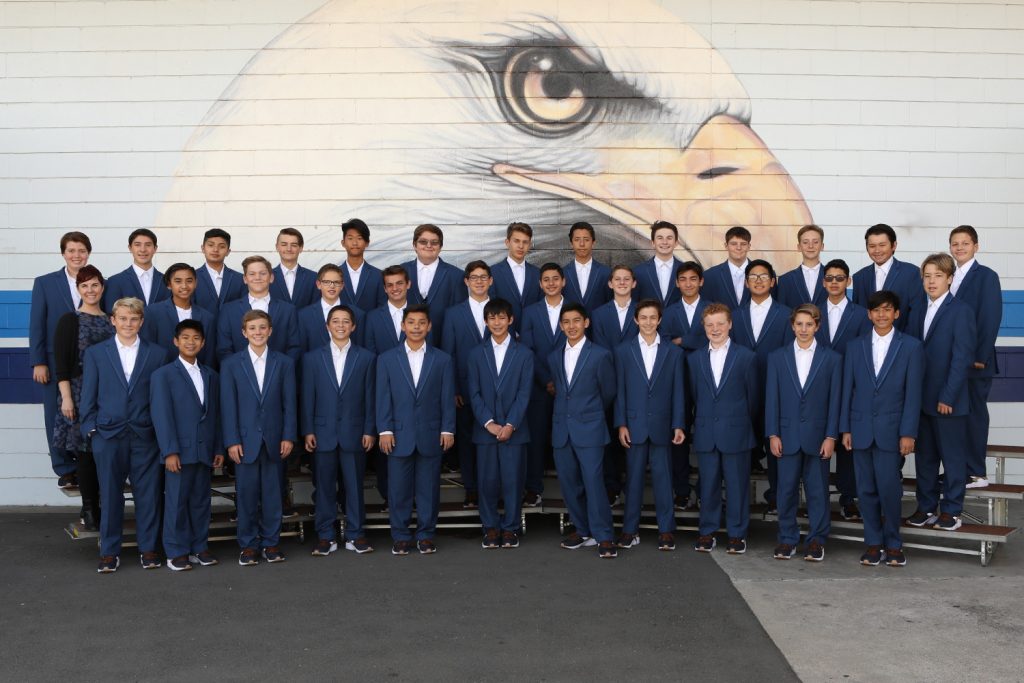 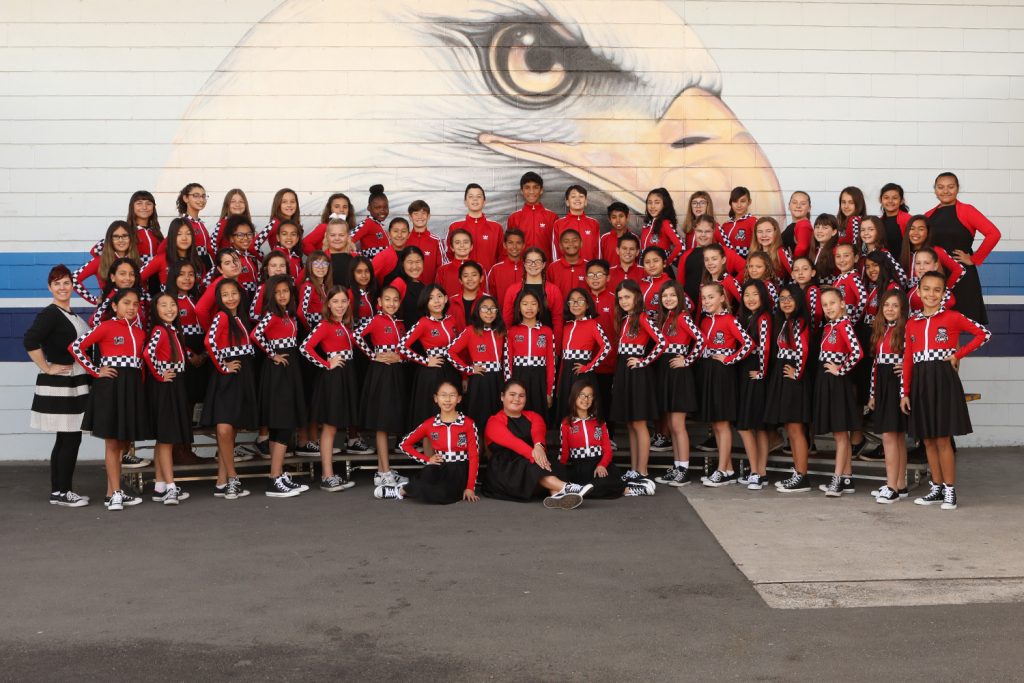