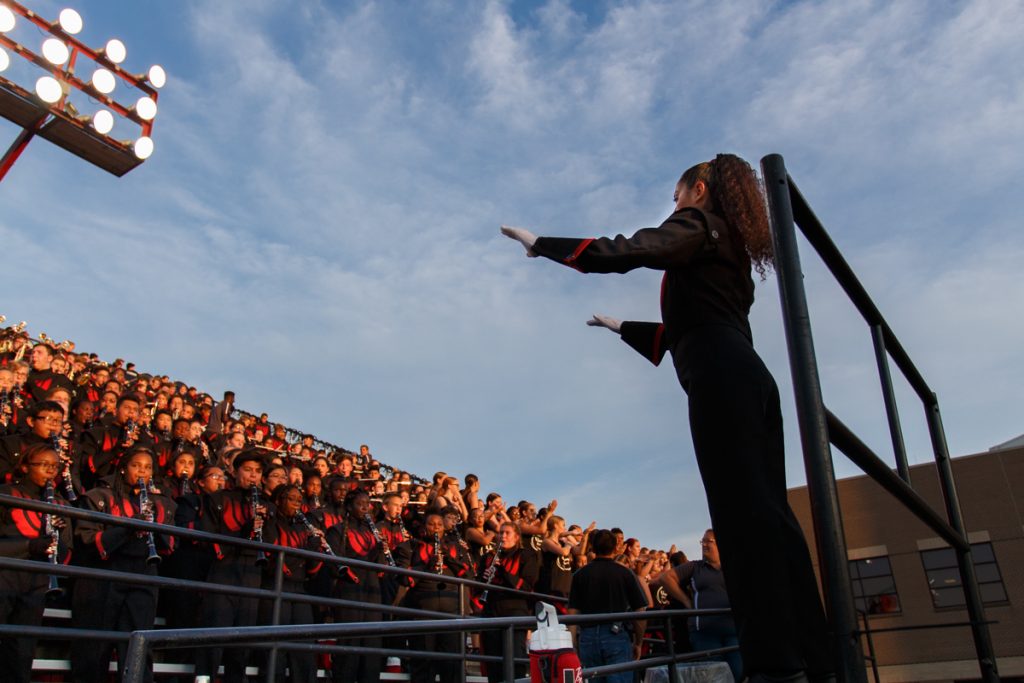 Every band program should have a booster club like the Union Bands Parents Club. At a time when cash-strapped and time-challenged students and musical directors are scrambling to raise money for performances and competitions, the UBPC takes care of everything.

“Parents in the booster club run the events entirely,” said Charles Pisarra, Union High’s Director of Bands / Assistant Director of Fine Arts. “The chairperson of the club has people volunteer for various responsibilities, especially for big events. Leadership and technology allow us to ensure the events are enjoyable for the performers involved, are safe for performers and audience members, and making sure people want to come back.” 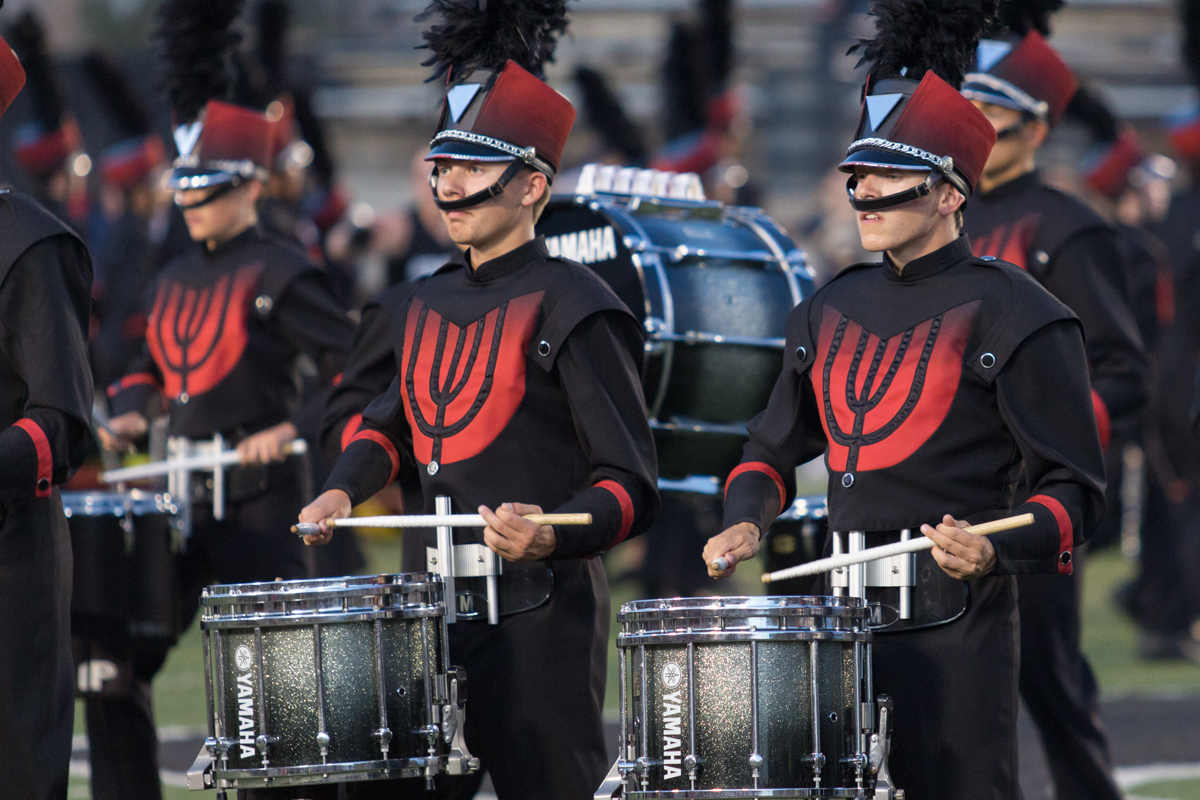 Pisarra noted that the UBPC has grown immensely over the past four years: “It’s large and makes over a million dollars, annually. It’s incorporated and runs very similarly to a company, with a president to which a segment of leaders report. There’s a COO and a CFO.” Leaders for the booster club are primarily elected, with 16-20 of the positions voted on and another 10 or so are appointed. Overall, the UBPC has “become extremely organized, serious and hardworking when it comes to hosting high-quality events; and serious about caring for the students so the directors can focus on teaching the best they possibly can.”

Pisarra is in a unique position to notice these things, having spent more than 30 years in Tulsa’s Union Public Schools – first as a student and now as a teacher. “I came on full time in 2006 as the percussion specialist until 2013.” In 2014 Pisarra was promoted to lead Director of Bands. “Being a percussion specialist came with a lot of work and detail,” remarked Pisarra, “whereas being a director comes with more responsibility, oversight and accountability.”

It’s a big responsibility. The program has 1,100 students in all. The Marching Band alone contains 250 students; then there are 325 in high school bands (9-12), 65 students in the Color Guard, about 40 percussionists at the high school level and about 45 in the jazz bands. 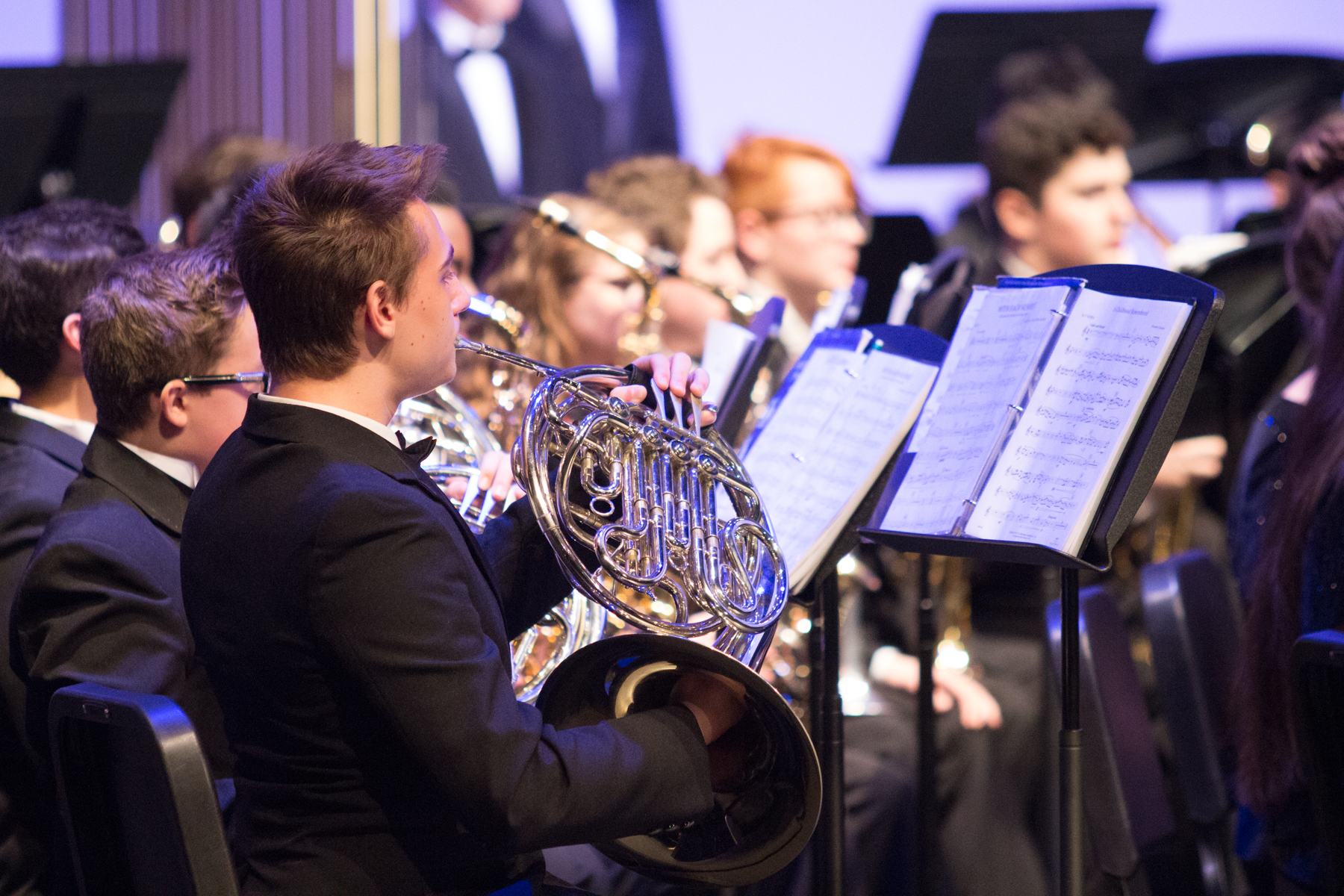 In addition, there’s been a massive restructuring of the band program. “For decades,” said Pisarra, “every student in the band program was also in the marching band.” This caused a lot of stress over time and money challenges. “But three years ago, Union changed to a ‘Year-round Concert Band’ structure. This meant all wind and percussion students can be in one of the six concert bands during the school day and then can choose to participate in the marching band in addition. Making this switch has allowed the program to retain more students. And,” he added, “students have been playing better since they are now able to focus on basic music skills in the classroom, year-round.”

Each year, Union’s Marching Band, also known as the Renegade Regiment, performs at up to eight football games, and participates in anywhere between five and seven competitive performances. “The Union High School Marching Band is an 11-time BOA (Band of America) Grand National Finalist,” said Pisarra. “They’ve also been in numerous parades: Fiesta Bowl Parade in Phoenix, Orlando Citrus Parade, Pasadena Tournament of Roses Parade, and Macy’s Thanksgiving Day Parade.” (In fact, the Renegade Regiment has been invited to perform at the 2020 Macy’s Thanksgiving Day Parade.) 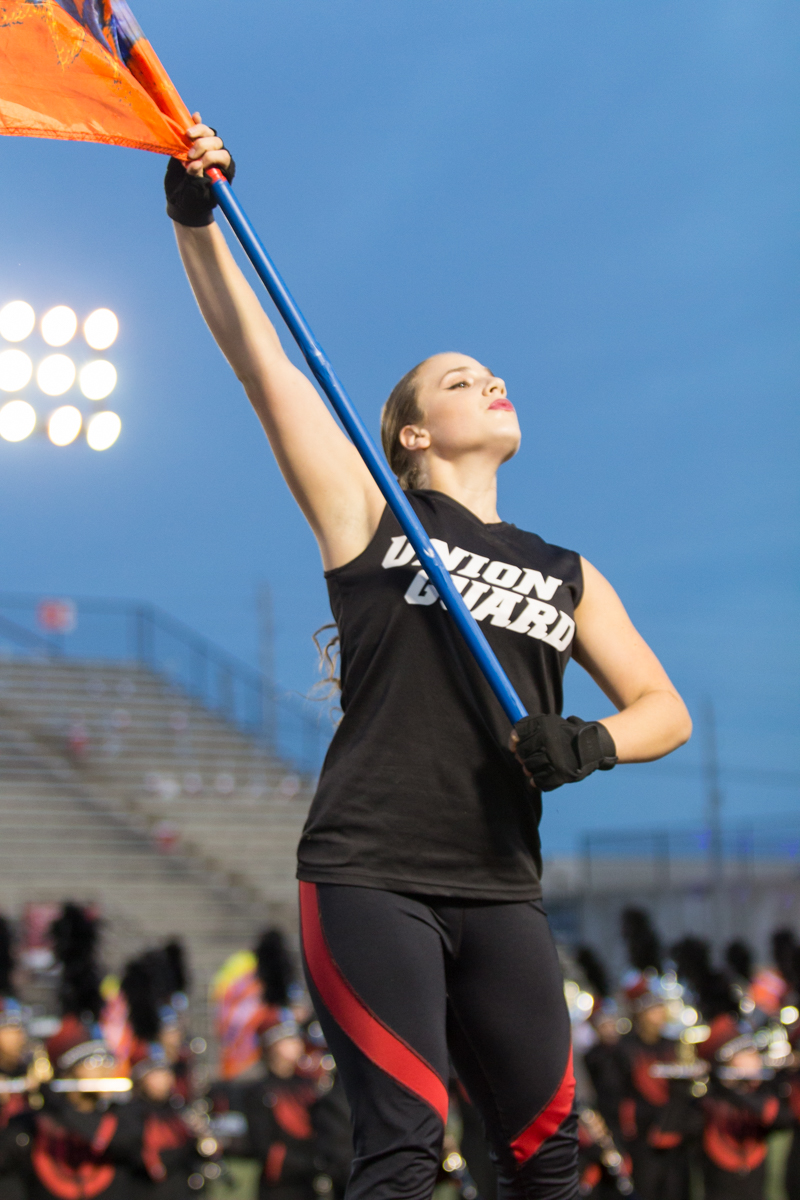 Travel, uniforms, instruments – it’s a lot of fees to keep track of. “Booster parents help organize and track individual student fundraisers,” said Pisarra, “and ensure they’re running smoothly. This model works because it allows students and families to choose how they want to pay these fees. They can either pay out-of-pocket, or work hard to fund raise and pay fees that way.

“We do our best to provide opportunities for students to pay less out-of-pocket through fundraising.” he added. No opportunity is overlooked, from fundraisers, sponsorships and donations to merchandising and even Amazon SMILE donations. “The core purpose behind the booster club is hosting great events, as well as taking care of students, supporting band directors, fundraisers. Hosting world-class events coming first is in our DNA.” 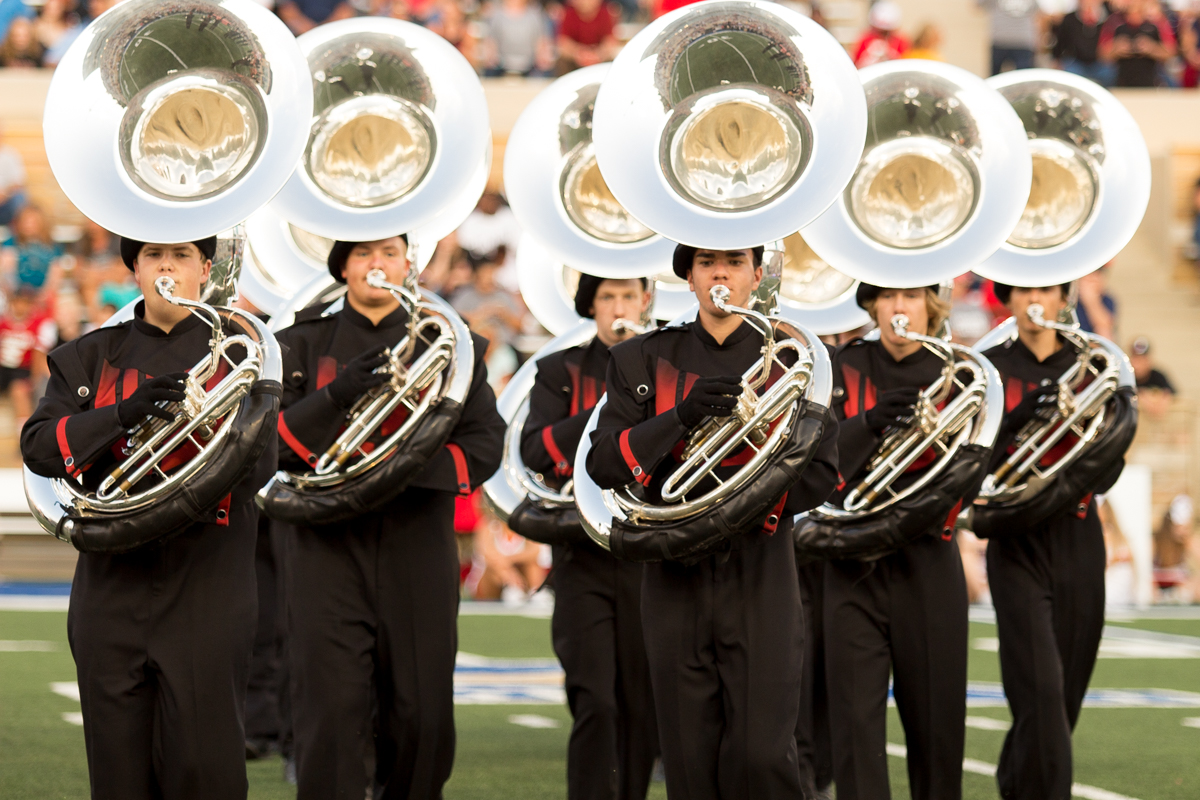 One of the greatest events for the marching band takes place at home. The Renegade Review Invitational is a spotlight event. A Tulsa tradition, Pisarra noted, “It’s been going strong for the last 36 years. Everyone from students to parents, teachers and staff, are passionate about hosting this event.” (The next Review is slated to be held at Union’s Tuttle Stadium on October 12, 2019.) Typically, the event features top bands from Missouri, Arkansas, Kansas, Texas and Oklahoma. “It features a panel of adjudicators (in the BOA format) and a slate of amazing marching bands.”

Meanwhile, Union’s school band program has six concert bands, two jazz bands and many percussion ensembles, involved in up to a dozen events each year. Many of those are held throughout the year at the 2,000 Performing Arts Center. “It’s a concert hall and a multi-purpose performing arts center, with a full balcony. When it was built 40 years ago, it was the biggest in the area, and thankfully it has been maintained very well.” 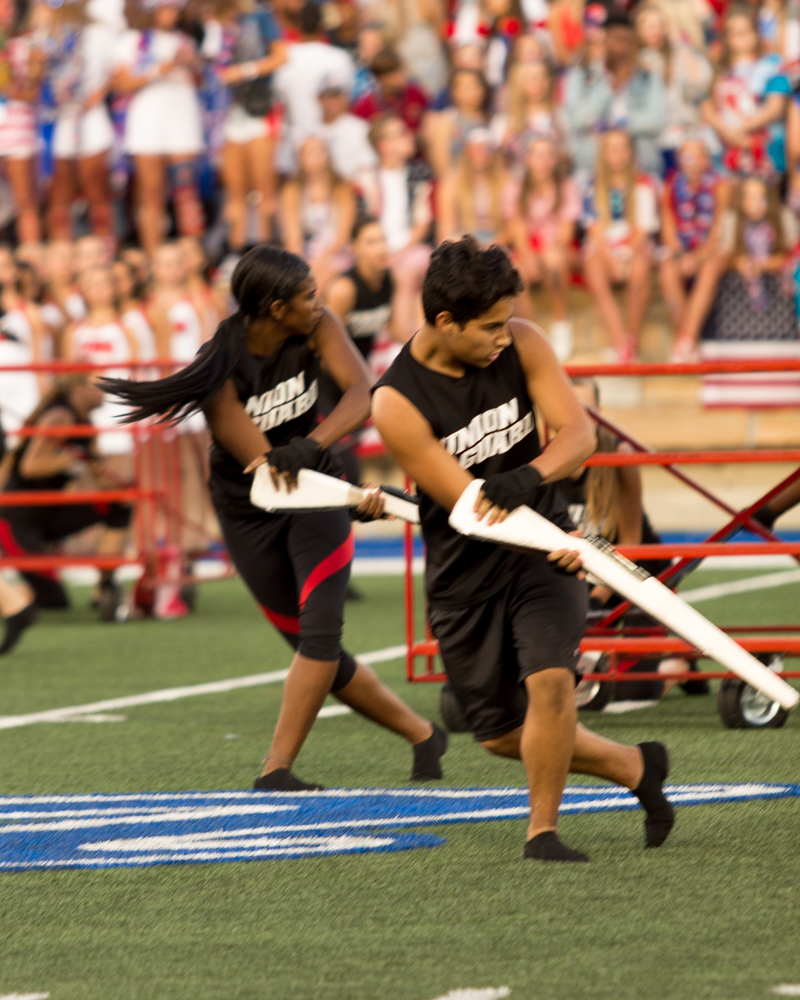 Ludus generally tickets for up eight bands, which cover 6th through 12 graders. While most of campus concerts aren’t ticketed, Union Bands tickets the larger public events like the Renegade Review, Marching Band Championship, and WGI Winter Guard Regionals. “We have a small core of volunteers,” said Pisarra, who make sure the event is poised for success.” He points to Marjorie Hall, who works with ticketing. She started using Ludus because it interfaces with Charms and finds it advantageous for both general and assigned seating. “It’s pretty easy to use and it’s free for us as an organization,” she noted, “but also reasonable for those purchasing tickets.” 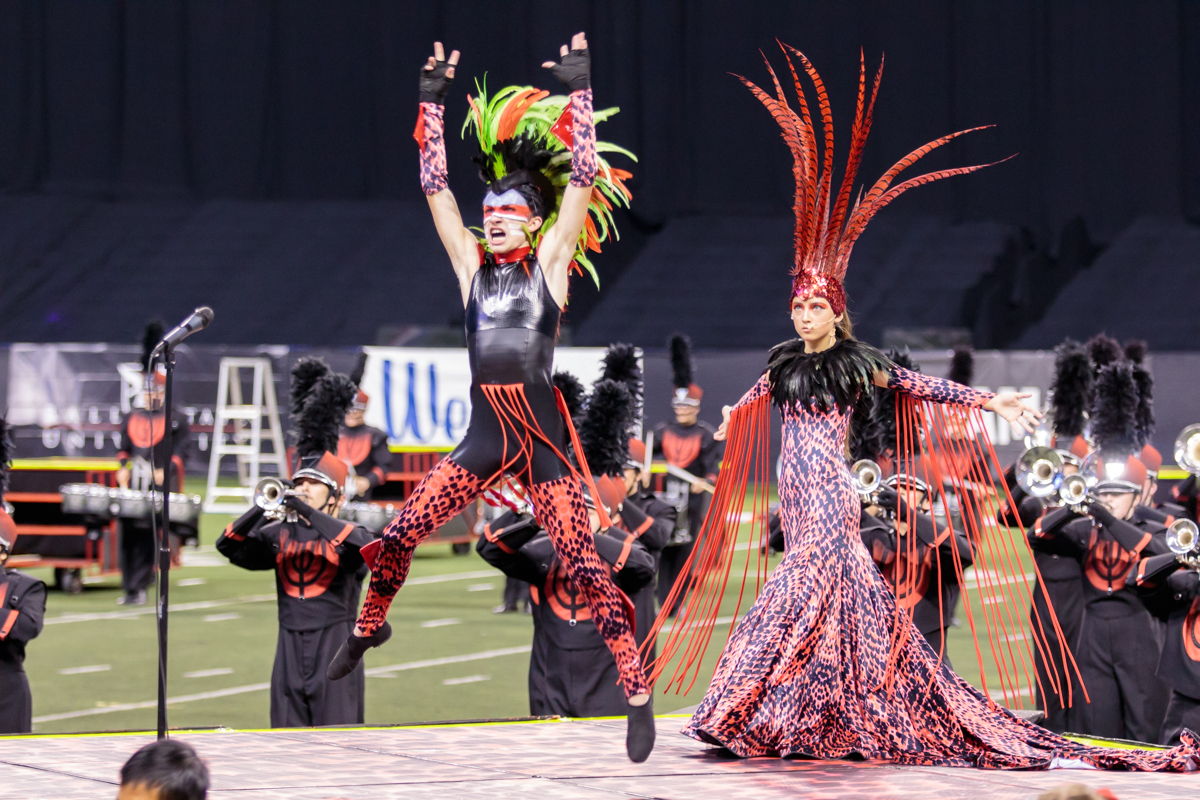