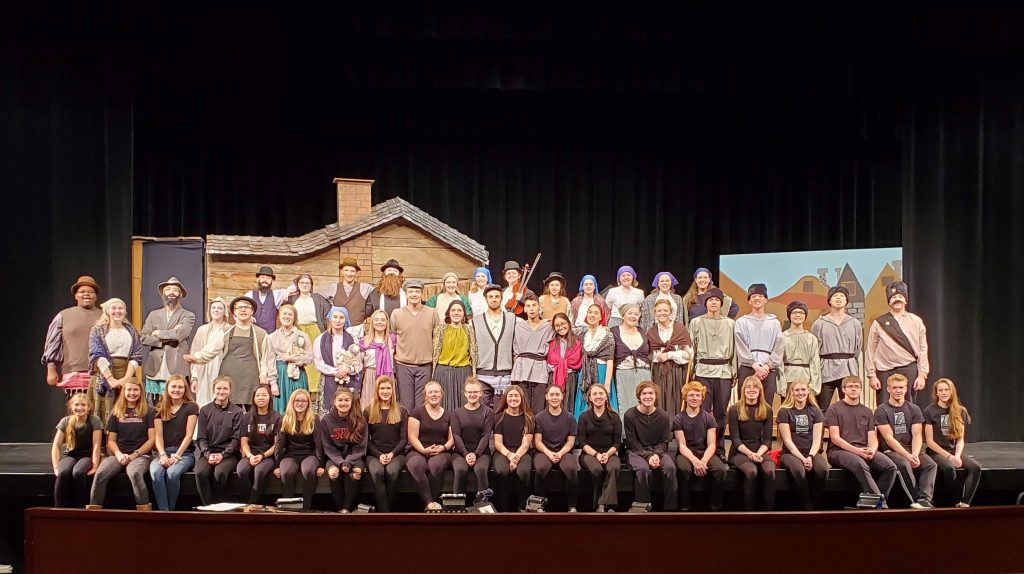 To put the importance of its school band program into perspective for Westby, a rural Wisconsin community of 2,000, nearly 8% of the population – or one in every 13 residents – is enrolled in Westby’s band program. “It’s always had a high number of participants,” noted Kory Dahlen, Band Director at Westby Area School District. “We are fortunate to have very hard-working kids.” 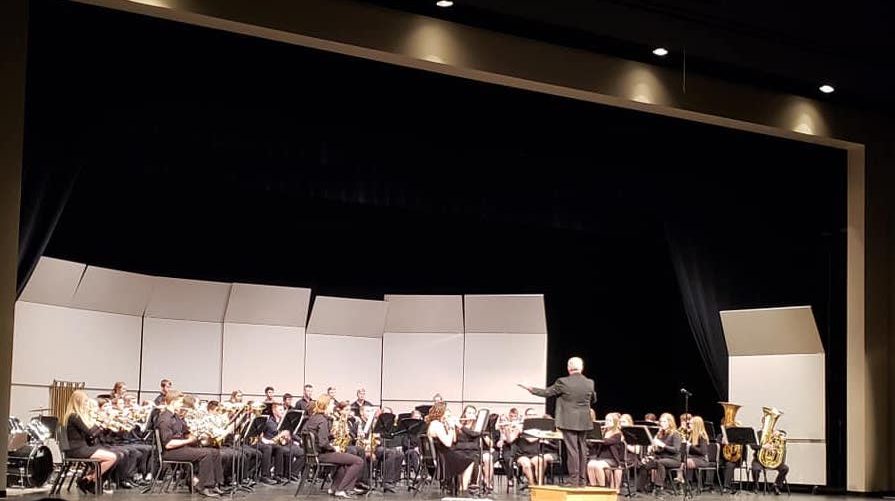 Dahlen might have been speaking of himself, since he is a Westby alumnus. He’s now in his 10th year teaching at Westby and, after nine years as Middle School band teacher, has recently taken over the High School band program. It’s pretty much a long-standing tradition of community support: “Westby has had four high school band directors since 1948,” Dahlen said. “Three of the four are program alums.”

The District has ambitious, year-round music programs. This month, the Christmas program is in full swing, with a Christmas Concert in which the High School and Middle School bands and choirs participate. “The HS band Christmas concert has two annual songs called ‘Sleigh Ride’ and ‘Christmas Festival,’ alternating every year. The HS choir Christmas concert ends with Hallelujah chorus and invites alums to sing.” 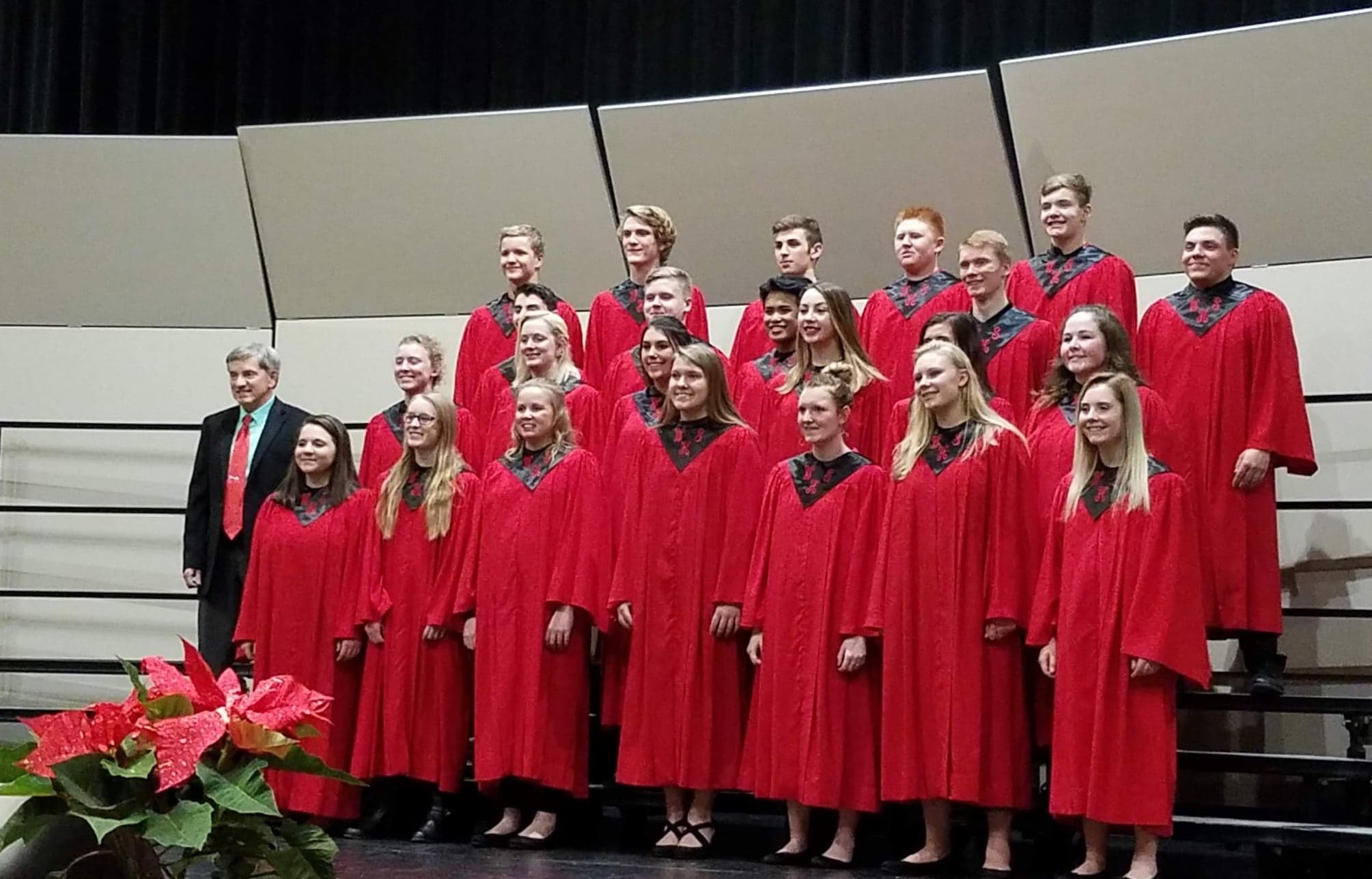 During the rest of the year, the High School Marching Band performs at football halftime shows and parades (sometimes accompanied by the Middle School band), while the Choir presents a four spring concerts and a fall Pops Concert. “The Band and Choir both have all state band/choir participants,” said Dahlen. “Both programs participate in solo/ensemble and large festivals. They’ll be playing the pep band at a Milwaukee Bucks game, where the Choir will sing the national anthem.”

All, however, pitch in for the school’s yearly musical. “Everybody does everything,” said Dahlen. “Auditions start at the end of the school year, and kids work on memorization over the summer.” The shows, which usually take place the first week of November, are high quality, “especially for their size and budget,” said Peter Engh, Westby Area School District’s Choir Director. “The last four shows were Les Miserables, Rent, Joseph and the Amazing Technicolor Dreamcoat and Fiddler on the Roof.” 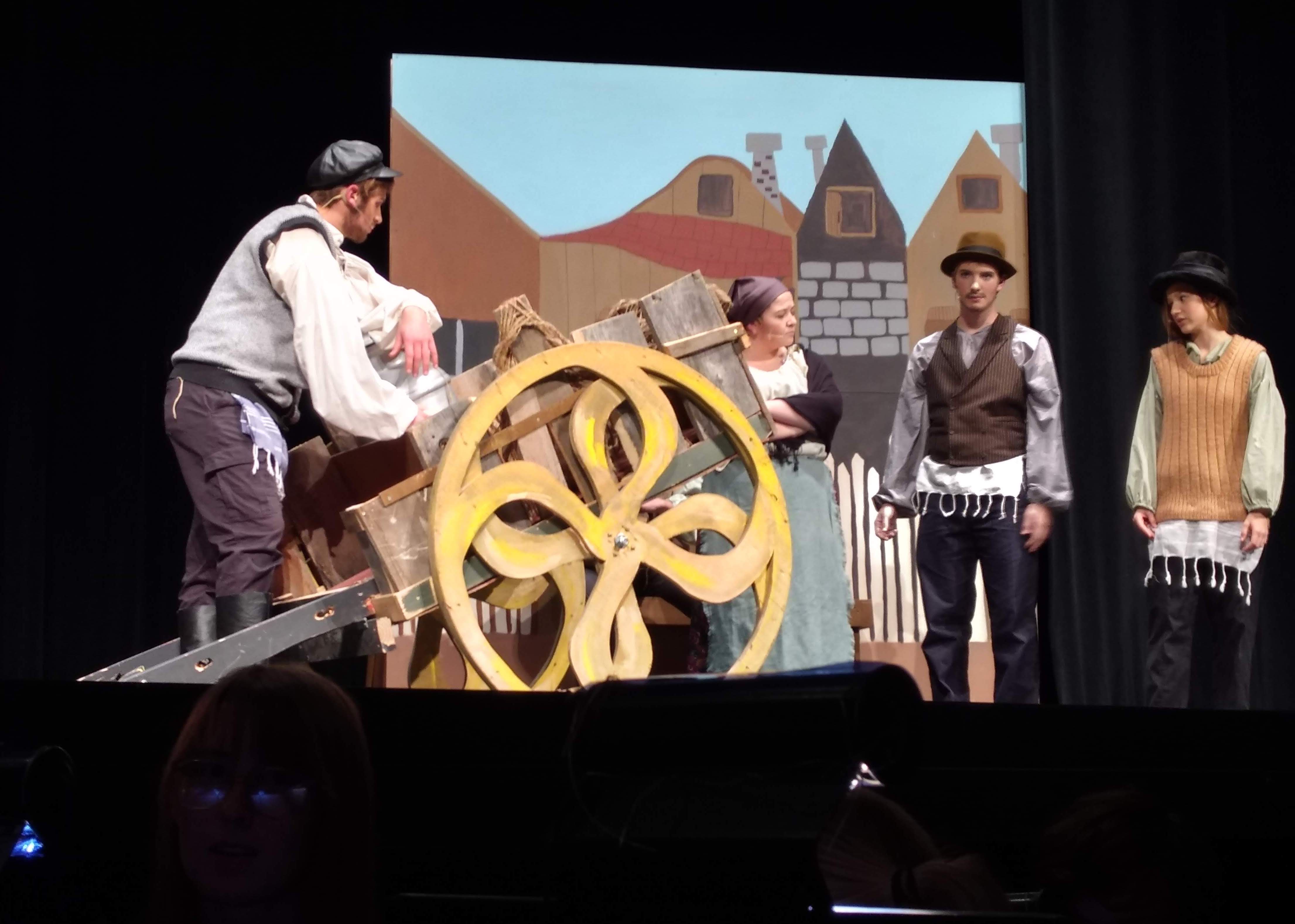 Also a Westby alum (‘79), Engh took on a flagging drama program and breathed new life into it. As a result, Westby’s production of Rent was nominated for a “Jerry.” Formerly “Tommy” (after Tom Wopat!), the award was started by the Overture Center for the Arts as a Tony-like appreciation for Wisconsin school musical programs. (During the 2017-18 season, the Tommys were renamed the Jerry Awards, in appreciation of philanthropist and arts supporter, W. Jerome Frautschi.)

Joseph, however, was the first musical to open in the Westby Area Performing Arts Center (WAPAC), the school’s new home for high school and middle school performances, district-wide events, some elementary performances and more. The Center, which was dedicated earlier this year, has seating for 475, full rigging, state-of-the-art sound and light systems, and an orchestra pit. 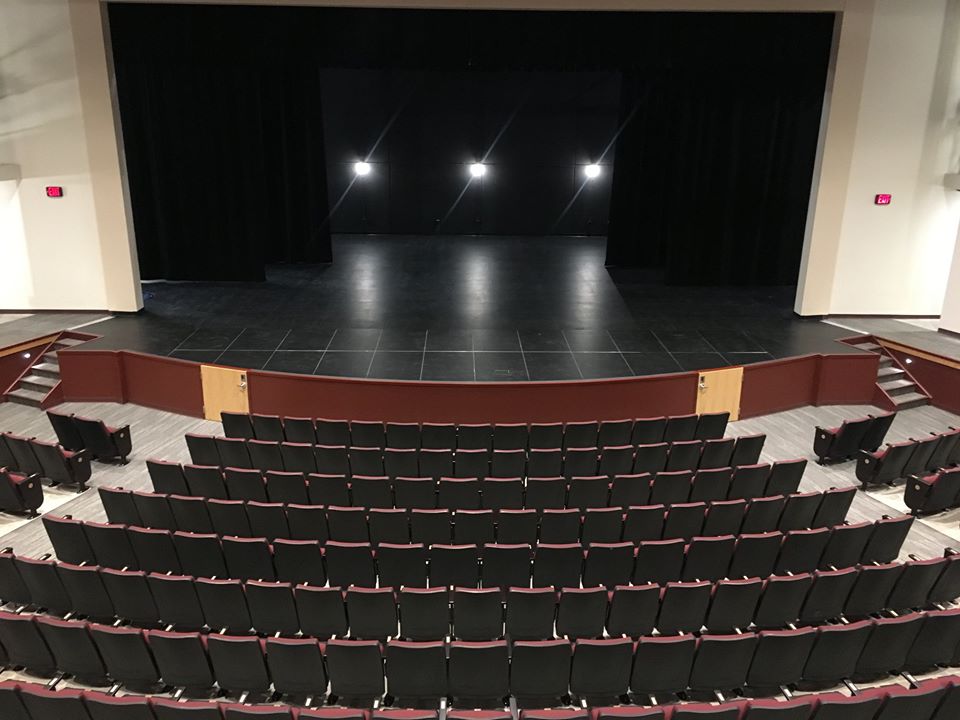 When WAPAC opened in 2018, Dahlen took on the role of Technical Director at the new facility. He was already the sound coordinator for the District for all events. “I’ve always been a sound equipment geek / techy guy,” he admitted. Still, with the center comes a new level of sophistication: “The new facility changed the way we can do things. We went from metal folding chairs to a real auditorium. It encourages community engagement and name recognition.”

WAPAC’s artistic management is shared between Dahlen, Engh and Monte Dunnum. “Everyone is close since they’ve grown up together,” Dahlen (who was a student of Engh’s), “so there’s a lot of trust and respect for each other.” Engh agreed, adding, “When the previous director passed away a few years ago, the concert choir, plus any alumni who could come, sang for the funeral. They sang Beautiful Savior, and it was an ‘out of this world experience.’ I could almost feel him there.” 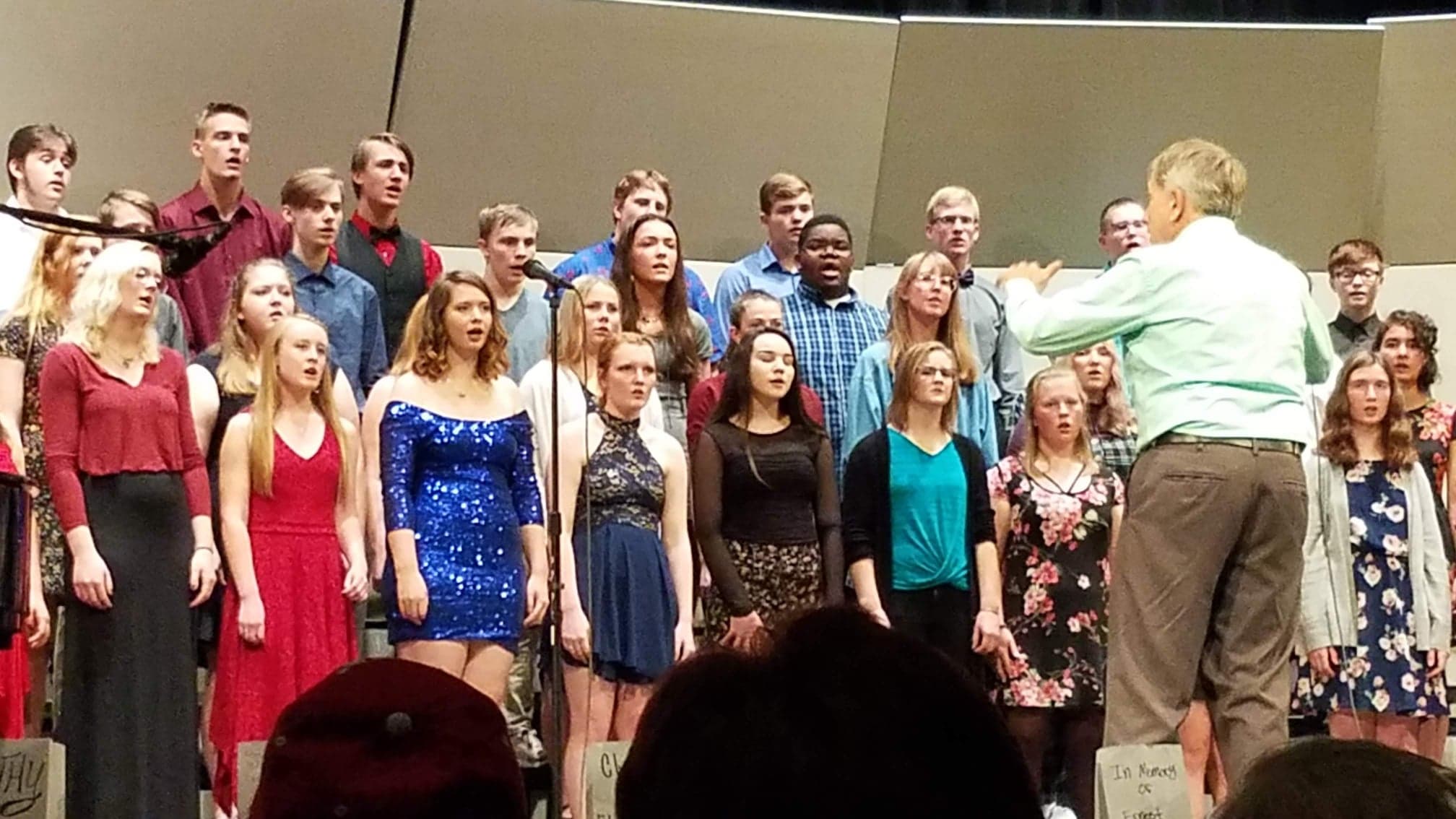 There is another – fascinating – reason for Westby’s feeling of fellowship. “Westby is in a Norwegian community,” said Dahlen. And, so tucked in among the choruses and combos is a polka band, because, for the Norwegian immigrants who arrived, polka was “it.”  Nowadays, the polka band acts as a kind of an ice-breaker with its polka-and-pizza socials; but it still ushers in Syttende Mai (“May 17”), a Norwegian festival the equivalent of the Norwegian 4th of July. There are traditions, according to Dahlen: “The Choir has special arrangement of the Norwegian national anthem, specific for Westby.”

Westby programs have received high ratings and festivals, and hold a number of awards and accolades. But the Norwegian way, Dahlen added, is “We don’t brag. Work hard, be proud. We’re very proud of what we do, how we do it, and how hard kids work. The program is strong and thriving.”  However, he added, “It means the world when people compliment performances. we don’t seek them out, but it means a lot when people say nice things.”

The feeling is mutual, Kory!

Dahlen was an early evangelist for Ludus. He lobbied for Westby to use Ludus for all WAPAC ticketing (“We used Ludus for our  February 11, 2018, dedication ceremony!”). Dahlen appreciates the customer chat and the quick responses from the Ludus team! “I’m so glad I pushed hard for Ludus,” he concluded. “I love watching it evolve.”